College Of The Holy Cross Will Keep ‘Crusaders’ Name And Mascot 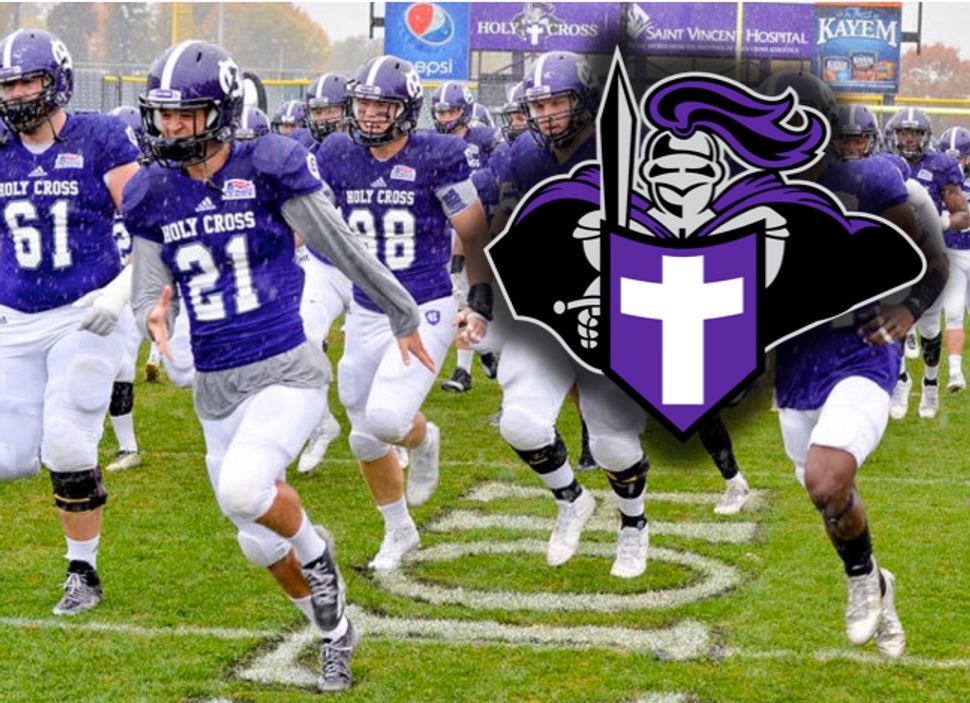 The College of the Holy Cross Crusaders football team. Image by Twitter/Forward Montage

The College of the Holy Cross’ board of trustees voted to keep its controversial team name and mascot, the Crusaders, the Telegram reported. The debate over whether to rename came out of a 2016 report that recommended changing the name of a campus building dedicated to a slaveholder.

Holy Cross President Rev. Philip L. Boroughs and board chairman John J. Mahoney announced the decision in an email to students and faculty.

“While we acknowledge that the Crusades were among the darkest periods in Church history, we choose to associate ourselves with the modern definition of the work crusader, one which is representative of our Catholic, Jesuit identity and our mission and values as an institution and community,” they wrote. “We are not simply crusaders, we are Holy Cross Crusaders.”

The board’s decision was announced a day after the campus newspaper changed its name from The Crusader to The Spire. In 2017, 48 faculty members signed a letter to the paper urging it to change its name. The letter sparked a debate in the newspaper’s opinion pages.

“No matter how long ago the Crusades took place, this paper does not wish to be associated with the massacres (i.e., burning synagogues with innocent men, women, and children inside) and conquest that took place therein,” the newspaper said in an editorial Friday.

College Of The Holy Cross Will Keep ‘Crusaders’ Name And Mascot