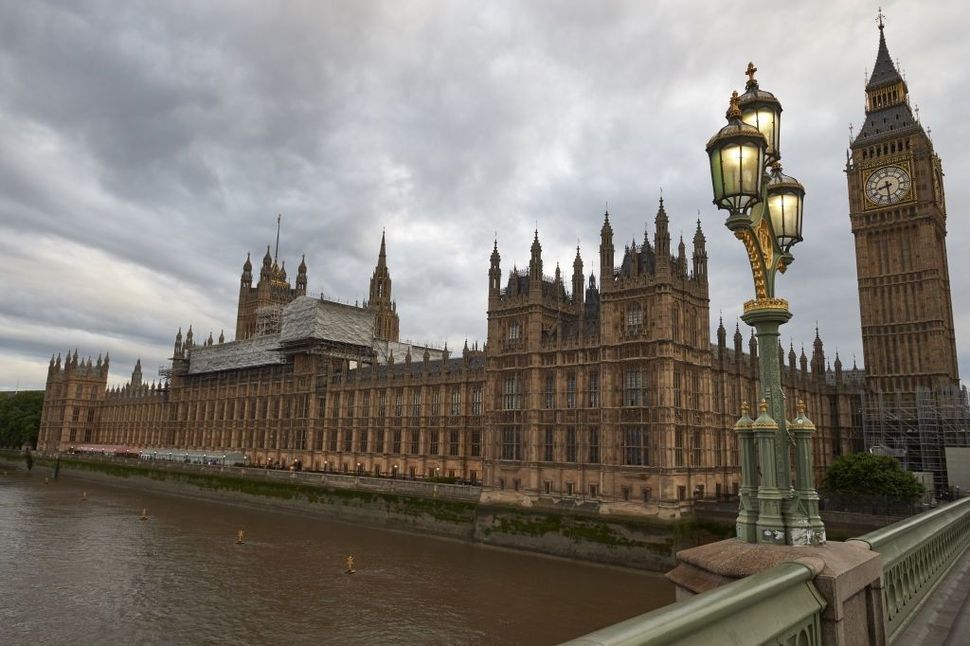 Big Ben and the British Houses of Parliament in London. Image by Getty Images

A bombshell report in the London Jewish Chronicle published February 9 revealed that an internal audit of the Jewish Leadership Council, a U.K. Jewish group, found that the organization’s former head had misused charitable funds, and that its board chose not to report the wrongdoing to the police.

The former head of the group, Jeremy Newmark, is now the head of the Jewish Labor Movement, an affiliate of the Labour Party. He left the organization in 2013. The former chairman of its board, Sir Mick Davis, is the chief executive of the Conservative Party, which currently rules the U.K.

The audit, completed in 2013, found that Newmark had spent JLC funds on personal expenses and travel, hired his wife’s company to run a JCL fundraising project, and tried to interfere with the audit, among other things, according to the Jewish Chronicle.

After the results of the audit were shared with the board, Newmark was asked to resign, but was kept on the organization’s payroll as a consultant.

“It was in the best interests of the community that Mr. Newmark should step down and go,” said Simon Pack, another board member. “It was not necessary to publicly humiliate him.”