An official from Christians United for Israel posted an anti-Semitic conspiracy theory about George Soros, according to Jewish Currents.

The posts, apparently spurred by Soros’s criticism of President Donald Trump, accused Soros of getting rich off of having been a Nazi collaborator, and trying to destabilize civilization. Washington groups Soros with Isis, North Korea, Globalists (a common anti-semitic dog whistle), feminists, and Iran as being “bitterly opposed to President Trump.”

Soros survived the Holocaust by pretending to be the Christian godson of a local government official who had confiscated property from Jews. One time, when Soros was 14, the official took Soros with him to appraise a Jewish house. This story has been used to claim that Soros collaborated with Nazis and sold out Jews. 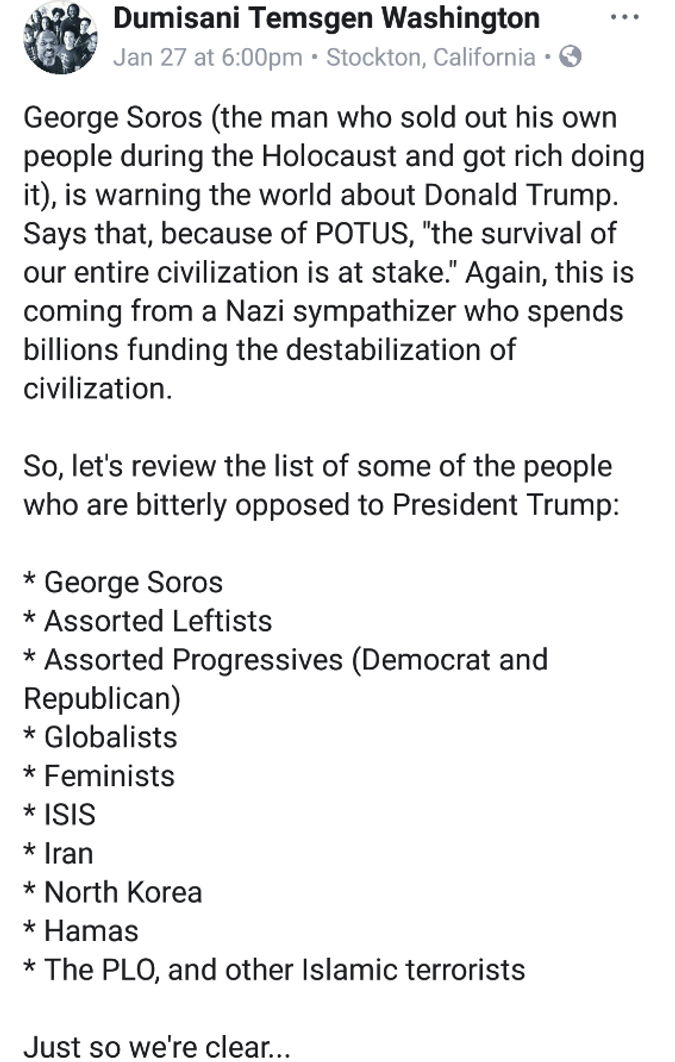 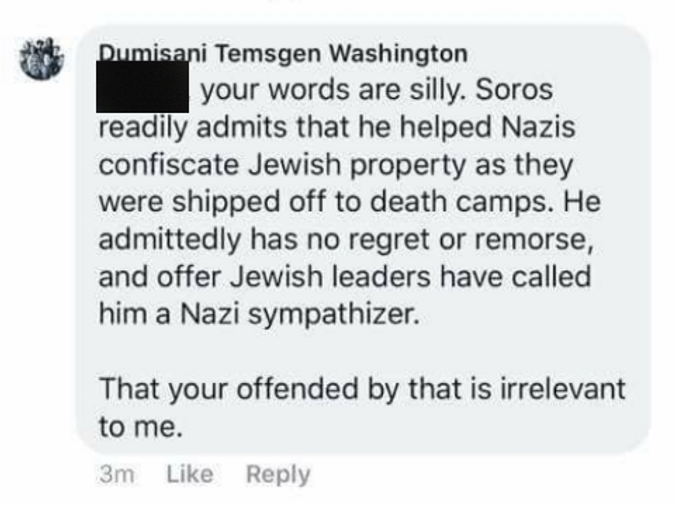 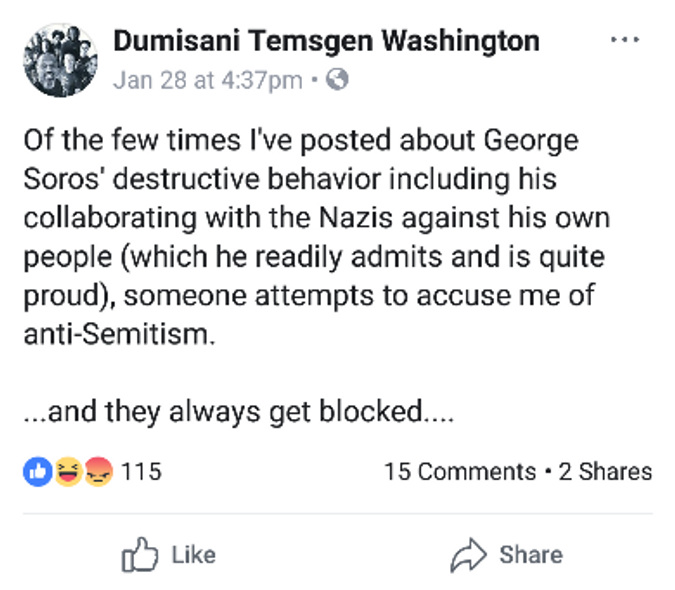