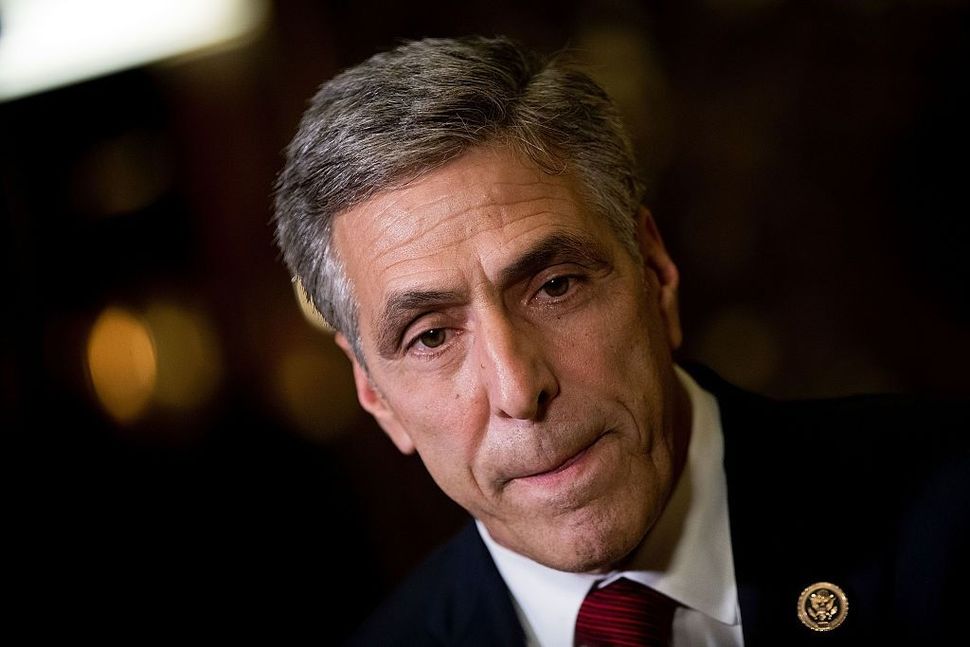 President Donald Trump wrote a tweet on Sunday praising Rep. Lou Barletta, who is running in the Republican primary for a Senate race in Pennsylvania and has been dogged by criticism for his repeated run-ins with Holocaust deniers.

Rep. Lou Barletta, a Great Republican from Pennsylvania who was one of my very earliest supporters, will make a FANTASTIC Senator. He is strong & smart, loves Pennsylvania & loves our Country! Voted for Tax Cuts, unlike Bob Casey, who listened to Tax Hikers Pelosi and Schumer!

CNN’s KFile team revealed last month that Barletta gave an interview with the American Free Press, an outlet that publishes Holocaust denial and anti-Semitic conspiracy theories, while serving as mayor of the town of Hazleton in 2006.

Barletta was at the time gaining national attention for his crackdowns against illegal immigrants by fining landlords who rented to them and employers who paid them — moves that were eventually struck down by the courts.

At a 2007 rally he headlined to support his policies, one of the speakers was singer Paul Topete, whose band Poker Face also performed. The band had previously performed at conferences of anti-Semitic organizations, and their website featured forums that pushed Holocaust denial and 9/11 conspiracy theories. After the Anti-Defamation League labeled Topete an anti-Semite, he denied the charges but claimed that questioning the Holocaust “should not be construed as hate, rather it should be a way of mandating historical accuracy.” He also claimed it was possible that Israel was behind 9/11.

A spokesman for Barletta told CNN that Barletta had a small staff at the time and was unable to properly vet every interviewer or guest speaker. The spokesman also pointed to Barletta’s 2007 denunciation of the Ku Klux Klan and his 2008 renunciation of an endorsement from former KKK leader David Duke.

Barletta, an early supporter of Trump, is in a six-way race for the right to face incumbent Democratic Sen. Bob Casey in November. Barletta received the state Republican Party’s endorsement on Saturday. The primary election is on May 15.