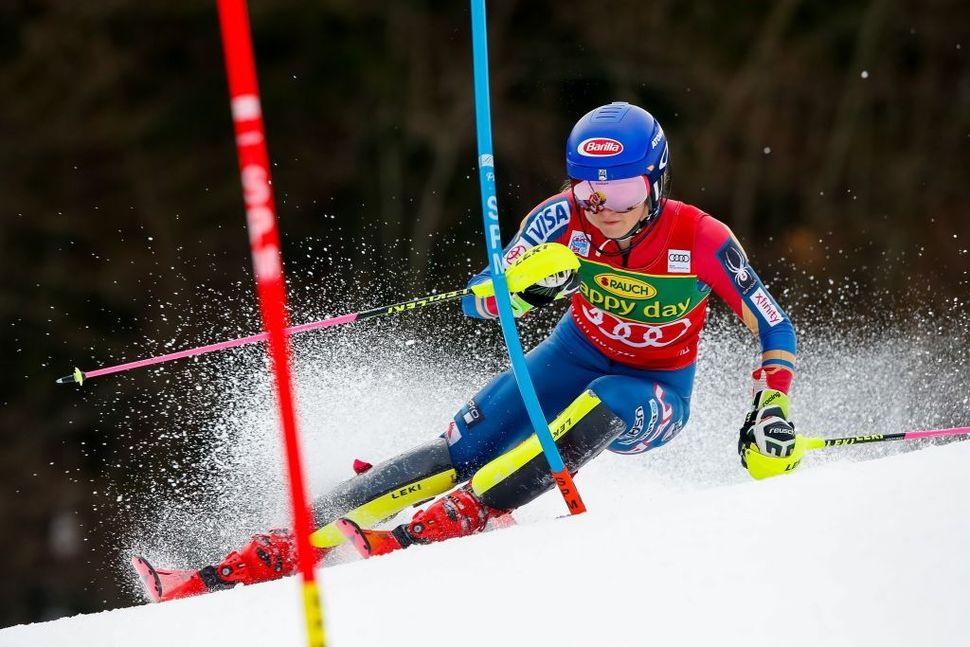 (JTA) — All eyes are on skiing wunderkind Mikaela Shiffrin this week at the Olympics in Pyeongchang, South Korea. The 22-year-old American is favored to win gold medals in slalom and giant slalom — those technique-heavy events in which skiers glide and weave between poles or gates (as opposed to the downhill and super-G categories, which are considered more straightforward “speed” events). She is also a contender in the combined event, which involves both slalom and downhill runs.

All of this comes after her appearance in the 2014 Winter Games in Sochi, Russia, where she won gold in the slalom event at age 18. Oh, and she has also already won the skiing World Championships three times dating back to 2013.

In addition to her seemingly limitless talent, the bubbly speedster has a surname not uncommon in the Jewish community. According to this German research company, Shifre is a Yiddish female name that means beautiful, and Shiffrin — with the Slavic -in ending — means “ancestor of Shifre.”

So could this Shiffrin be a member of the tribe?

The short answer: not really.

Mikaela is the daughter of Eileen (née Condron) and Jeff Shiffrin, who are both former ski racers. Mikaela’s grandfather on her father’s side was Jewish, but that tradition wasn’t passed down. The New York Jewish Week reported in 2014 that the U.S. Ski and Snowboard Association said Shiffrin has “some very distant heritage [but] is not connected to the Jewish community.”

However one takes that tidbit, it won’t detract from what should be a thrilling series of Olympic performances from the impressive athlete.