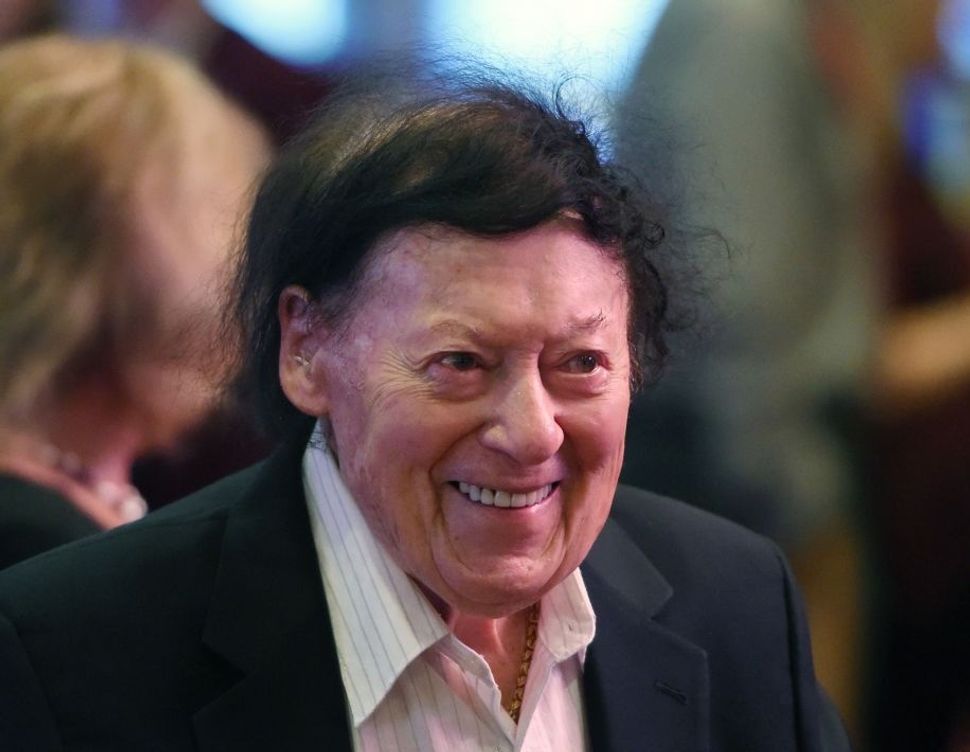 (JTA) — Marty Allen, the veteran comedian who was part of the popular Allen and Rossi duo and was known for his catchphrase “hello dere,” has died.

Allen died Monday in Las Vegas from complications of pneumonia at the age of 95. He is survived by his wife and performing partner of the last 30 years, Karon Kate Blackwell, who was with him when he died, his spokeswoman told The Associated Press.

His comedy career took off in the late 1950s and ’60s when he performed with Steve Rossi. The tandem appeared 44 times on “The Ed Sullivan Show,” including on the show with the first appearance by the Beatles in February 1964. They also appeared on “The Tonight Show With Johnny Carson” and “The Merv Griffin Show.” After parting in 1968, Martin and Rossi reunited for shows into the 1990s.

Allen made hundreds of television appearances, including in a dramatic role on the series “The Big Valley.” He also was a regular on “The Hollywood Squares” and made guest appearances on numerous game shows.

He and his wife performed comedy routines in Las Vegas and in other venues throughout the country until at least 2016.

Allen was born and raised in Pittsburgh, Pennsylvania. He served in Italy in the Army Air Corps during World War II, earning a Soldier’s Medal for bravery. He was predeceased by his first wife, Lorraine “Frenchy” Allen.