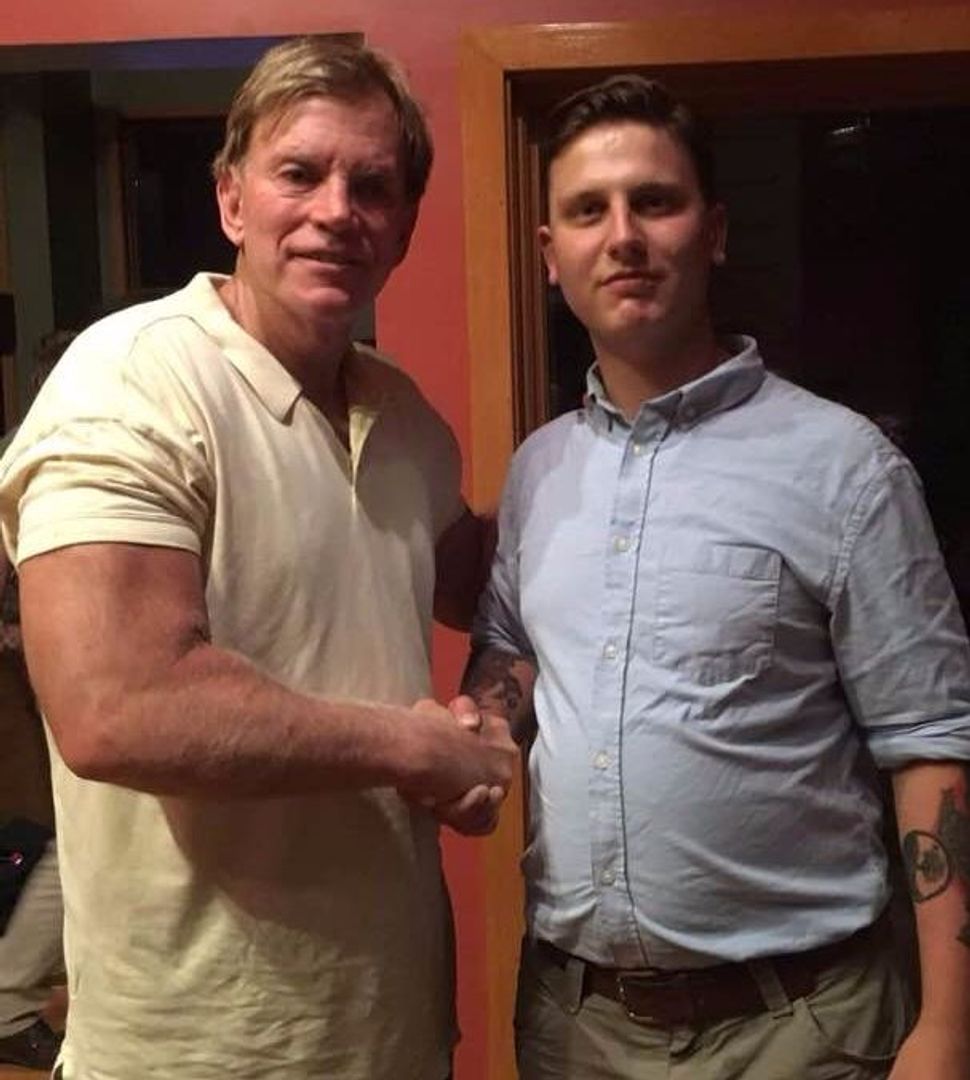 Daniel Kleve with David Duke, former Grand Wizard of the KKK. Image by The Daily Nebraskan 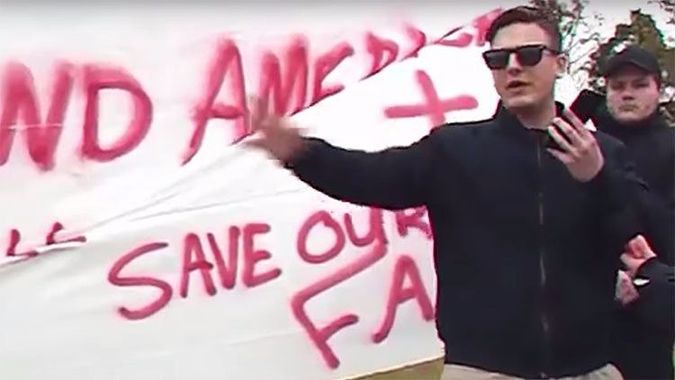 Daniel Kleve, a student at the University of Nebraska-Lincoln and member of American Vanguard, a white nationalist, neo-Nazi group. Image by YouTube

A Jewish sophomore at the University of Nebraska-Lincoln is saying he “feels unsafe” on campus do to the presence of another student, Daniel Kleve, who is a vocal member of a major neo-Nazi group.

In a letter to the editor of The Daily Nebraskan, Zachary Markon wrote that he feels Kleve violate’s the school’s Code of Conduct, which prohibits “physical abuse, verbal abuse, threats, intimidation, harassment, coercion, and/or other conduct that threatens or unreasonably endangers the mental or physical health, safety or reputation of any person.” 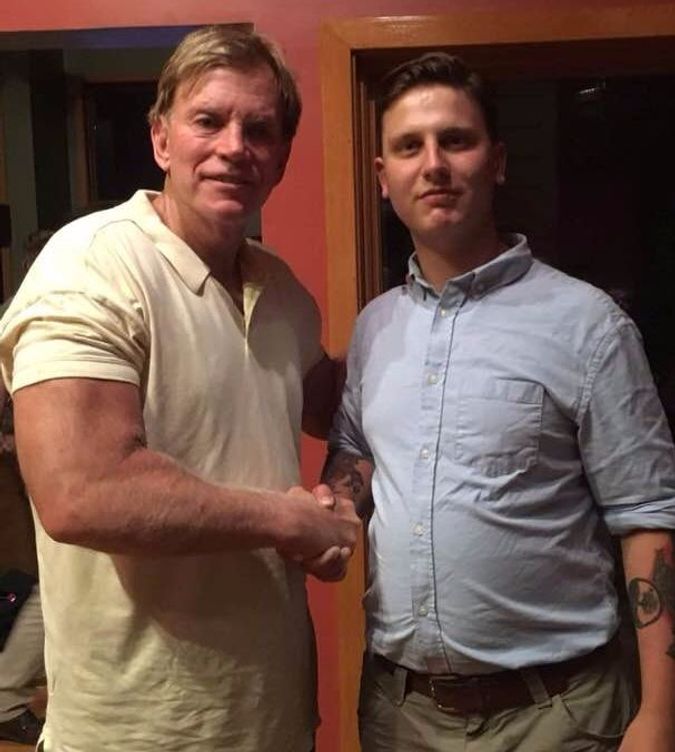 Daniel Kleve with David Duke, former Grand Wizard of the KKK. Image by The Daily Nebraskan

“To me, his presence on campus is not only scary, it’s genuinely dangerous,” Markon wrote. “As someone who lost many family members during the Holocaust, I am all too familiar with the true horrors of the mass ethnic cleansing which Kleve has shown his support for.”

Last week, nearly 200 students gathered on UNL’s campus to protest Kleve’s presence, the Lincoln Journal-Star reported. The students accused the school’s administration of inaction by not expelling Kleve. The administration has organized “listening conversations” in response.