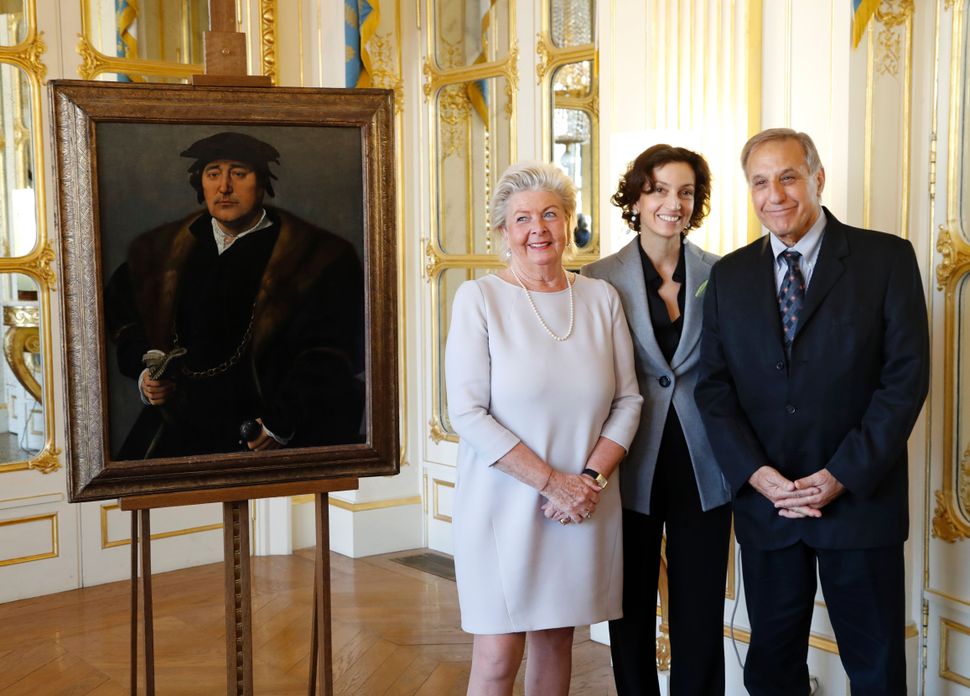 (JTA) — The French government returned three paintings to the heirs of a Jewish couple who sold them under duress as they fled the Nazis.

The 16th-century oil paintings by the Flemish master Joachim Patinir were handed over Monday in Paris to the descendants of Herta and Henry Bromberg at the Louvre Museum by French Culture Minister Francoise Nyssen. A grandson of the Brombergs, Christopher Bromber, accepted the paintings.

It is the second time in two years that the grandchildren of the Brombergs traveled to Paris to receive Nazi-looted art that belongs to their family.

The couple sold their art collection under duress in 1938 in order to escape Germany for the United States.