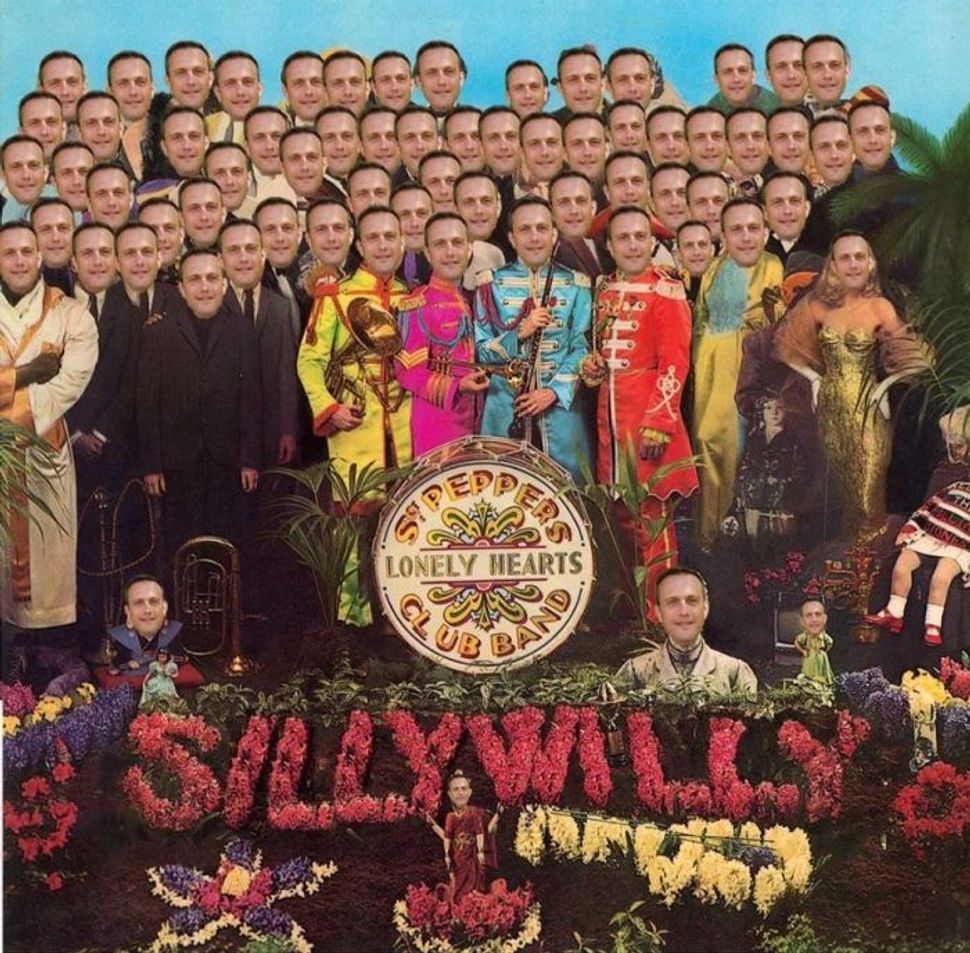 A meme posted on Twitter of Paul Nehlen’s face photoshopped onto the cover of the Beatles’ album “Sgt Peppers’ Lonely Hearts Club Band.” Image by Twitter

Paul Nehlen became a full-fledged social media martyr for the far right Wednesday after Twitter permanently banned him from the service for a racist tweet about Meghan Markel, Prince Harry’s fiance, Right Wing Watch reported. Nehlen has gained notoriety for his racist and anti-Semitic social media posts during his candidacy to unseat House Speaker Paul Ryan in the 2018 midterm elections.

Nehlen has been suspended from Twitter twice in the past for anti-Semitic tweets alleging Jewish control of the media. The permanent ban came after he posted an image of Meghan Markel with the face of Cheddar Man — the reconstructed face of an ancient human.

Nehlen’s ban lit up far right social media, with supporters on Twitter changing their names to “Paul Nehlen” and their profile photos to the would-be politician’s own profile picture. The hashtags #FreeNehlen and #ShallNotCensor, Nehlen’s trademark, were trending on Wednesday.

According to Right Wing Watch, the instructions to change profile pictures and names on Twitter came from 4chan, a forum frequented by people on the far right, including white supremacists and neo-Nazis.

The Twitter account of Gab.ai, a micro-blogging service that has pledged not to censor hate speech, posted a tweet suggesting that the Anti-Defamation League was behind Nehlen’s ban.