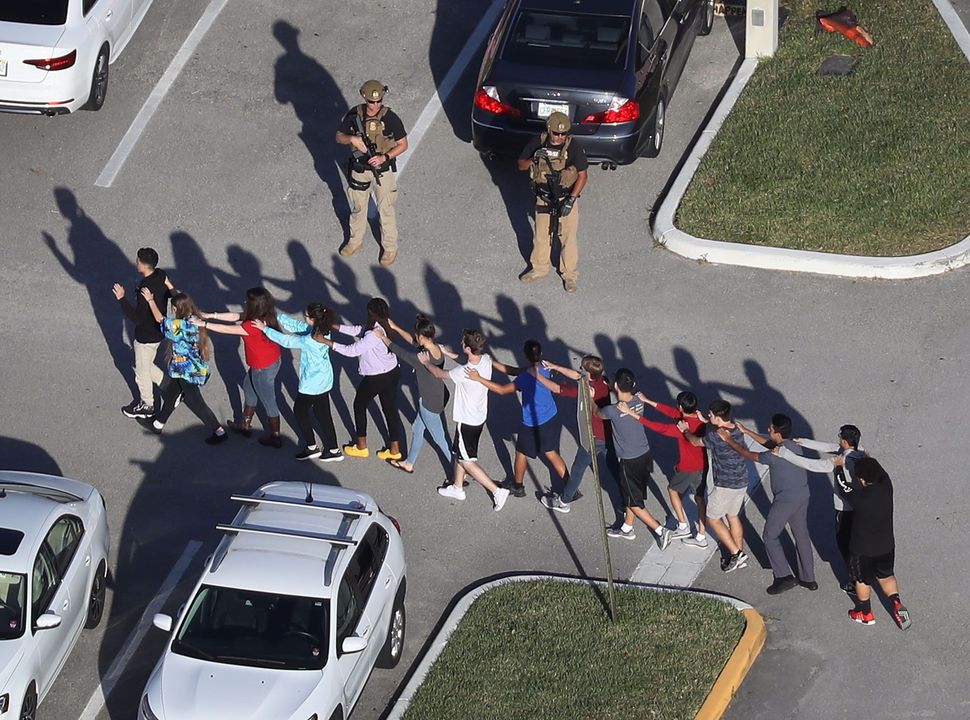 Students being led out of Stoneman Douglas High School Wednesday after a gunman killed 17 people in and outside of the building. Image by Getty

Two of the students killed at Stoneman Douglas High School in Parkland, Florida, are Jewish and were in one rabbi’s bar mitzvah tutoring classes less than two years ago.

Rabbi Jonathan Kaplan, of Temple Beth Chai, said that he tutored Jamie Gutenberg, 17, one of the victims named by a local ABC affiliate, had her bar in August 2016. She was in his class along with another student who Kaplan declined to name because the name has not been reported by authorities yet.

The ABC station reported that Jaime’s brother Jesse made it home safely from the shooting, which left 17 people dead. JTA has reported that one local rabbi, Bradd Boxman of Kol Tikvah, said he knew of four Jewish students killed.

Kaplan declined to comment, saying only that he is now heading to the Guttenberg household to make funeral arrangements. In Jewish tradition, bodies are laid to rest as soon as possible after death, and are required to be “guarded” by community members until the funeral.

Temple Beth Chai is a small community, and its offices are run out of Kaplan’s home. They have Shabbat services in a local middle school, and host their High Holiday services in Stoneman Douglas’ auditorium.