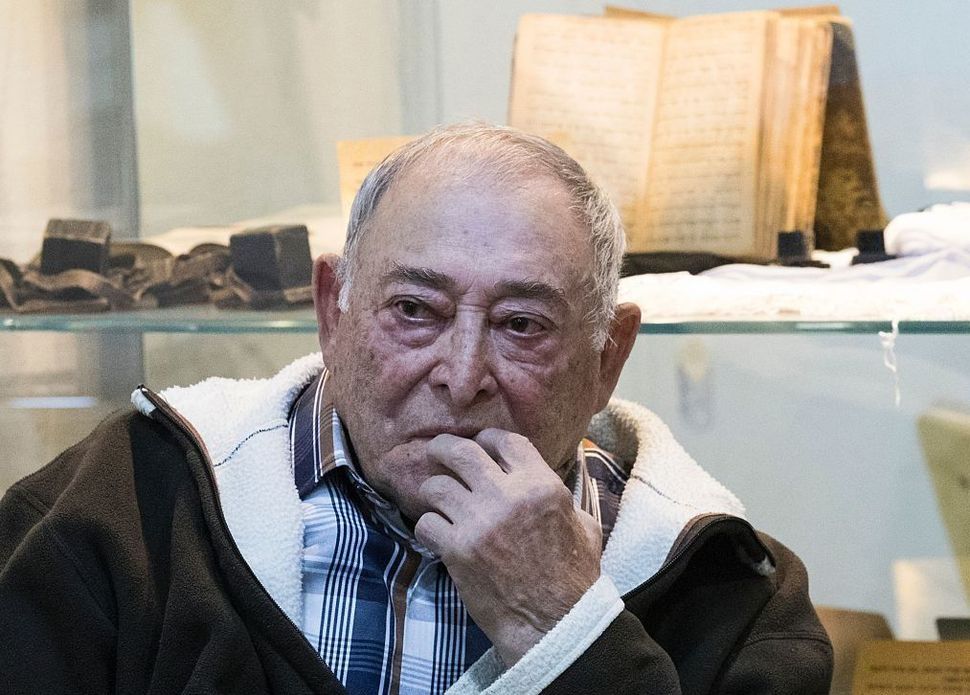 Holocaust survivor Yaacov Walden, 88, give an interview at a retirement home in Haifa, Israel. Image by JACK GUEZ/AFP/Getty Images

(JTA) — A New Jersey-based foundation is granting $5 million to a Jewish Agency for Israel initiative providing subsidized housing for senior citizens in Israel.

The Wilf Family Foundation on Thursday announced the grant to the the Senior Affordable Housing Initiative, which is planning to build about 3,000 affordable housing units for seniors on 17 sites in nine cities across Israel. The initiative’s first site is under construction in Tel Aviv.

There is a waiting list of 27,000 low-income Israeli seniors — half of them Holocaust survivors — for subsidized housing.

Several other donors have committed more than $27 million to The Jewish Agency project, including the Harry and Jeanette Weinberg Foundation; the Claims Conference; the Belz Foundation; the Coopersmith Charitable Trust; the Iranian Jewish Federation; and Keren Hayesod donors from South America, Sweden and Holland.

The building will be dedicated in the fall as the Joseph Wilf Building, according to The Jewish Agency.

“Affordable housing for seniors is not only a crucial element in any community’s infrastructure, but also a true embodiment of the Jewish value of tikkun olam — repairing the world,” said Mark Wilf of the Wilf Family Foundation. “In this context, we are honored to support The Jewish Agency’s Senior Affordable Housing Initiative, a project that puts our values into action. We are especially pleased that priority will be given to elderly Holocaust survivors – a very fitting tribute to our father who dedicated so much of his time and resources to improving their lives and preserving their legacy.”

Wilf is a JTA board member.