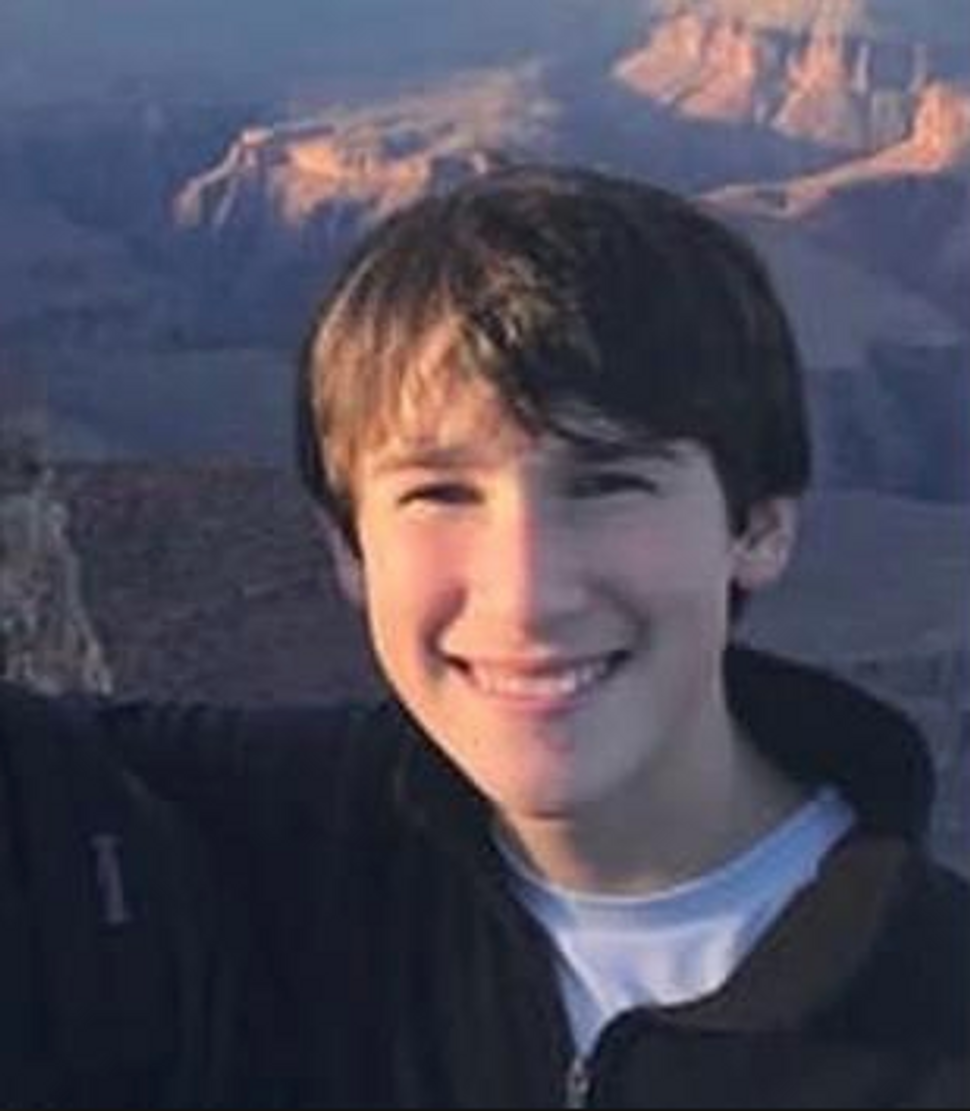 Alex Schachter, a 14-year-old Jewish student at Marjory Stoneman Douglas High School in Parkland, Florida, was among the 17 people killed there by a gunman on Wednesday.

Schachter’s death was announced by Congregation Beth Am, a Conservative synagogue in nearby Longwood where a friend of the family belongs.

Schachter, a freshman, played the trombone in the school marching band and won a state championship last year. He loved playing basketball and was “a sweetheart of a kid,” his father, Max Schachter, told The New York Times.

Alex Schachter’s mother died when he was five years old. His older brother also attends Douglas and survived the shooting.

Alex “just wanted to do well and make his parents happy,” his father told the Times.

A friend of the family wrote on Facebook that Alex Schachter’s funeral will take place on Sunday at the Star of David Memorial Gardens Cemetery and Funeral Chapel in North Lauderdale.