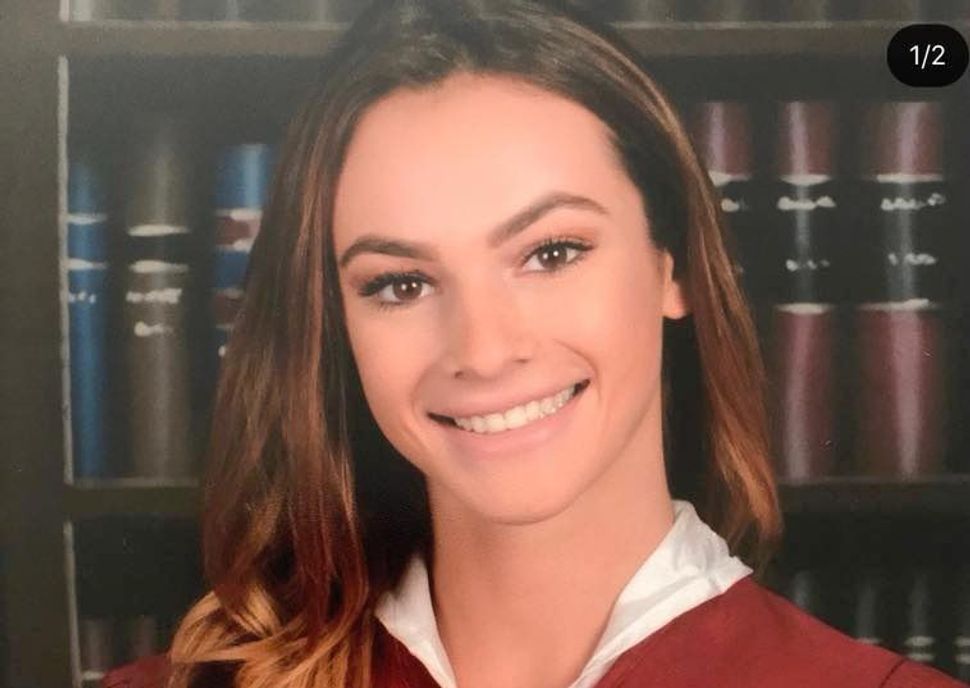 Meadow Pollack was among the victims of the school shooting in Parkland, Florida.

Meadow Pollack, a senior at Marjory Stoneman Douglas High School in Parkland, Florida, was named among the 17 people killed by a school shooter on Wednesday.

Pollack, a senior, planned to attend Lynn University in the fall. On Monday, Pollack shared a photo on Facebook of her and her grandmother, Evelyn Silverberg Pollack. “Nothing makes me happier than my grandma and her smile,” she wrote.

An aunt told the Palm Beach Post that Pollack was “the light of our life.”

“She was beautiful. We all loved her. She had a big family that loved her,” she said.

Her father, Andrew Pollack, spent hours outside Broward Health North hospital, where many of the victims were sent, hoping to hear from his daughter. He kept calling her phone over and over, hoping to hear her voice.

“We can’t locate her. I keep looking at my phone,” Andrew Pollack told the Post, showing the reporter a photo of Meadow and her cousin at a party. “I don’t know where to go from here.”

On Thursday morning, he announced that Meadow had died.

Pollack’s funeral will be held at 3:15 p.m. on Sunday at Star of David Memorial Gardens Cemetery and Funeral Chapel in North Lauderdale.