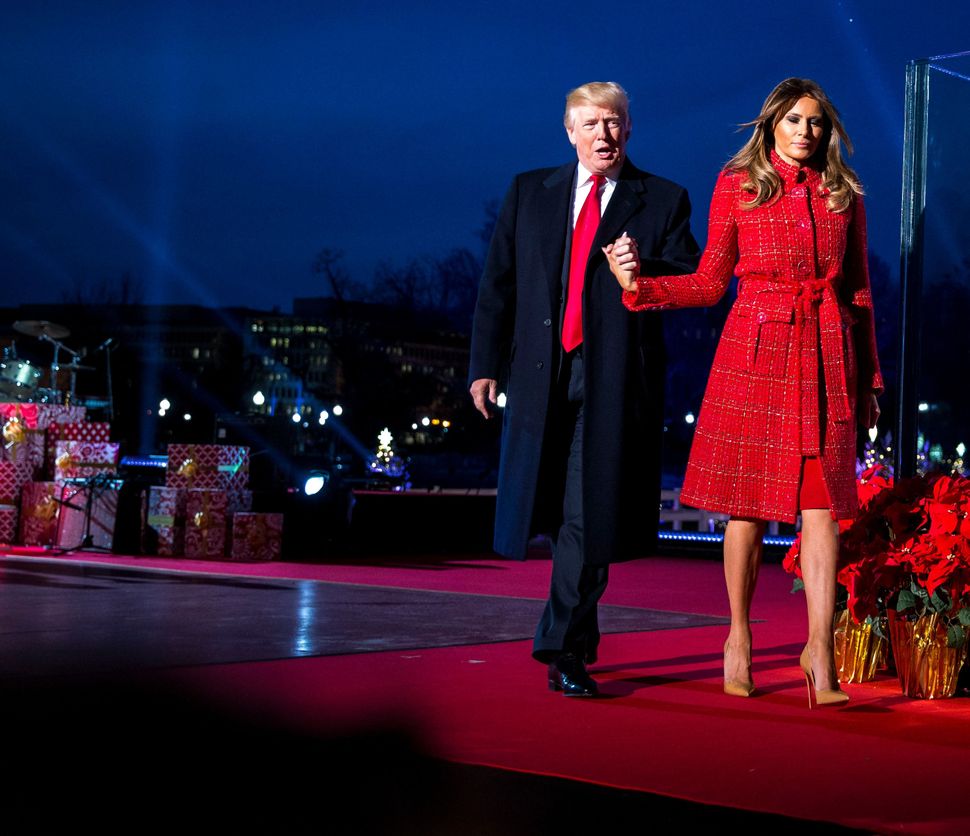 In astoundingly un-shocking news, Ronan Farrow reports that Donald Trump had a nine month long affair with a Playboy playmate from 2006 to 2007.

The story is an account from former Playboy playmate, Karen McDougal, who says that she was engaged in a sexual relationship with Donald Trump after meeting him at a pool party at the Playboy mansion in 2006. Her story was bought by American Media Inc., the owner of tabloids like the National Enquirer, for $150,000, and never published.

The CEO of American Media Inc., David Pecker, has described himself as “a personal friend” of Donald Trump and several former employees said that buying and burying a story is a common practice for the company, often used to elicit favors in return from vulnerable celebrities.

McDougal offered scant details regarding the affair due to fear of legal reprisal from American Media Inc., for whom she had signed a legal contract promising not to talk about it. She admits to having sold the story willingly but calls the process by which it was purchased “exploitative.”

“It took my rights away,” McDougal said in her interview with Farrow. “At this point, I feel I can’t talk about anything without getting into trouble because I don’t know what I’m allowed to talk about. I’m afraid to even mention his name.”

Despite a lack of details, Farrow reports that Trump covered his tracks by having McDougal purchase hotels and flights in her name and later reimbursing her for the cost. McDougal also said that Trump offered her money after their first sexual encounter, an offer that she declined.

This story comes after Trump’s lawyer admitted to paying a woman named Stephanie Clifford, better known as Stormy Daniels, $130,000 from his own pocket to keep her quiet about her own affair with Donald Trump.

At this point, I’m willing to bet that Trump supporters believe these stories – they just couldn’t care less as long as he continues to cut taxes and attempt to strip rights from immigrants and trans people.

Still, for the sake of etiquette, Trump denies everything.