Aly Raisman To BBYO: Be Kind, Speak Out, Stand Up For Survivors 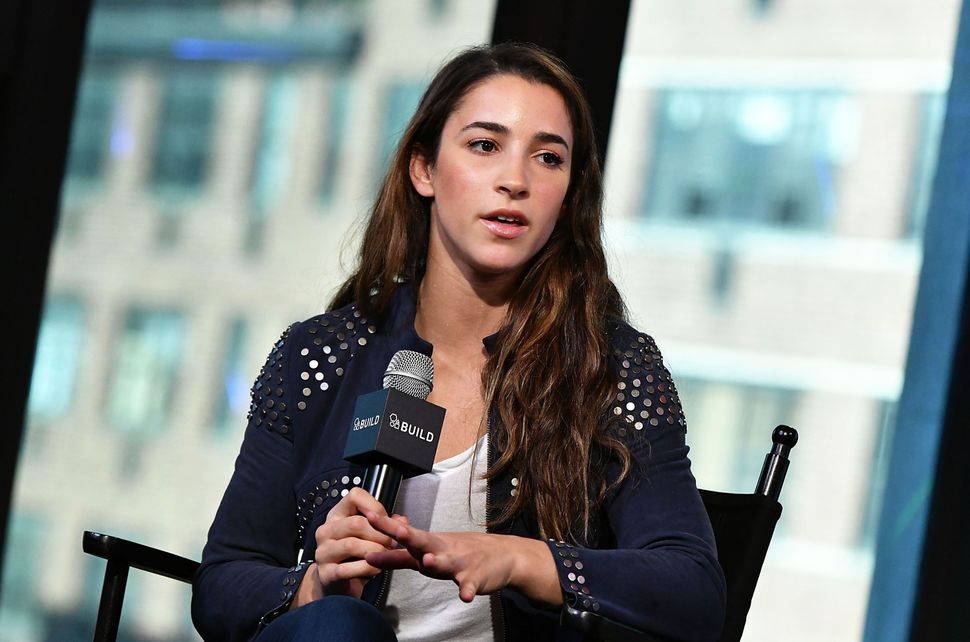 Raisman, addressing the pluralistic youth movement’s annual conference in Orlando, Florida on Friday, said she wanted to “talk about how proud I am to be a Jewish athlete,” which drew cheers.

Raisman, 23, advised her audience to seek family where they could find it. “Family does not have to be blood-related. It can be a coach close to you, a teacher, a friend anyone that you trust,” she said.

She alluded to her abuse by Larry Nassar, a former doctor for the U.S. Olympic gymnastics team. Nassar was sentenced to 40 to 175 years in prison for molesting over 150 women and girls over two decades.

Raisman has been one of Nassar’s most vocal public critics since last fall. A video of her giving powerful court testimony at his sentencing hearing went viral last month.

She said anyone suffering should speak out.

BBYO’s International Convention, running through Feb. 19, is expected to  over 3,000 teens from 36 countries, for sessions led by peers, educators, thought and business leaders, celebrities, political figures and philanthropists. BBYO calls it one of the largest Jewish communal leadership events in North America, and the single-largest gathering of Jewish teen leaders worldwide.

Aly Raisman To BBYO: Be Kind, Speak Out, Stand Up For Survivors