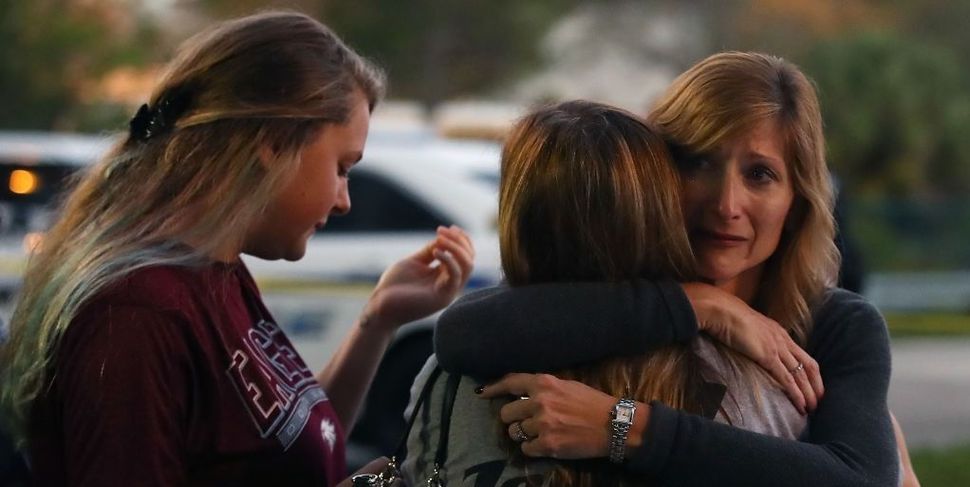 Pressure is mounting on the FBI director to resign after his agency admitted it failed to investigate a warning that the man accused of killing 17 people — including several Jews — at a Florida high school possessed a gun and the desire to kill.

The disclosure spread angry disbelief among residents of the Miami suburb of Parkland where Wednesday’s massacre unfolded, and led Florida’s governor Rick Scott to call for FBI chief Christopher Wray to resign.

“The FBI’s failure to take action against this killer is unacceptable,” Scott, a Republican, said in a statement. “We constantly promote ‘See something, say something’, and a courageous person did just that to the FBI. And the FBI failed to act.”

Scott’s comments came after the Federal Bureau of Investigation said in a statement that a person described as someone close to accused gunman Nikolas Cruz, 19, called an FBI tip line on Jan. 5, weeks before the shooting at Marjory Stoneman Douglas High School, to report concerns about him.

“The caller provided information about Cruz’s gun ownership, desire to kill people, erratic behavior, and disturbing social media posts, as well as the potential of him conducting a school shooting,” it said.

That information should have been forwarded to the FBI’s Miami field office for further investigation, but “we have determined that these protocols were not followed,” it said.