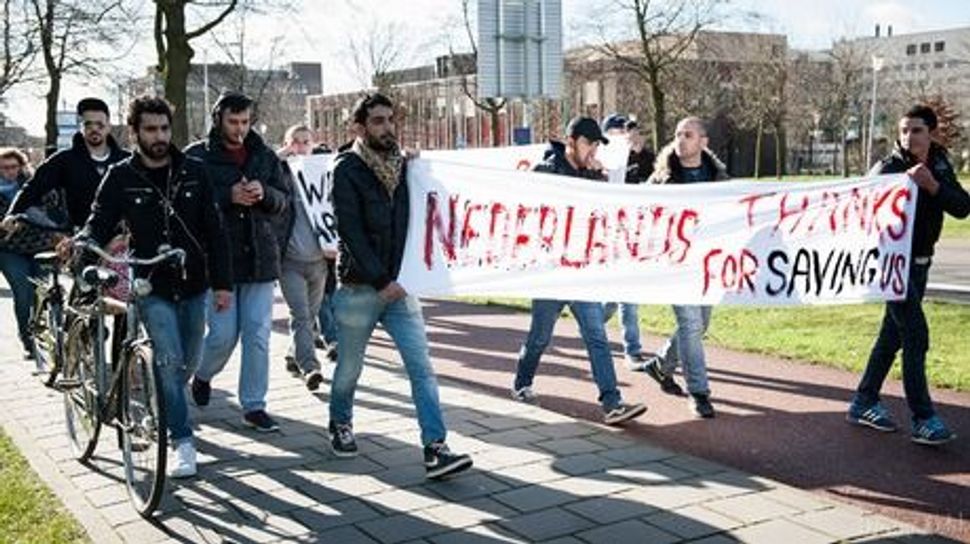 (JTA) — A job seeker said she was advised to hide her ties to the Jewish community during an interview with a Dutch state-funded group trying to help Syrian immigrants integrate.

Laura Vrijsen, who is not Jewish, wrote earlier this month in the Nieuw Israelietisch Weekblad weekly about her 2017 interview for “Association Again at Home Rotterdam,” prompting an outpouring of condemnations by politicians who accused that organization of discrimination. The Association denies these allegations.

According to Vrijsen, the two women who interviewed her for a social worker’s position asked indirectly whether she was Jewish upon noticing that she had studied in Jerusalem and had worked for the JMW social services organization of the Dutch Jewish community.

Vrijsen, who was not hired due to what the association said was her relative lack of experience, called the interview an “awkward conversation.” In a column about her experience, Vrijsen said one interviewer asked: “I see that you worked for JMW and that you’ve studied in Jerusalem, what is your personal connection here?”

The interviewee asked about the relevance of these facts to her suitability. The interviewer reportedly replied: “Well, we have Palestinian refugees and if you go over to their house you better not mention this. Their families first had to flee Palestine and now they had to leave everything behind again, this time in Syria. This grief is deep and will never go away.”

A worker for the same outfit later told Vrijsen that if she were Jewish, the association would prefer she didn’t reveal this to clients.

“Fearing tensions, they ask Jews to hide their identity, thereby accepting anti-Semitism indirectly and even asking Jews to accept it,” Vrijsen wrote.