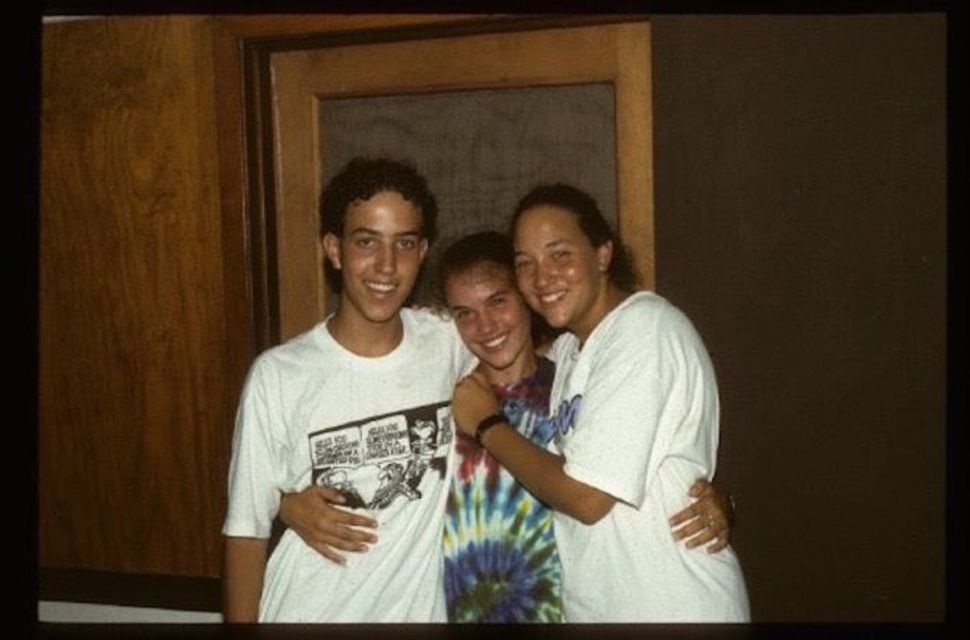 Micah Hart (left), with his sisters during their camp days. Image by Campfires and Color Wars

Micah Hart’s summers were filled with Israeli dancing, swimming in a lake, bad food and pranks — the classic Jewish overnight camp experience. Almost two decades after his last summer away, Hart found it more difficult to catch up with his camp friends. So he made a podcast about it.

“All we do is reminisce about fun times from back in the day, and I wish I had more of an opportunity to do that,” Hart told JTA. “Camp’s hilarious. We did things that were so ridiculous without context, and we found ourselves and grew up there.”

Hart, an alumni of Jacobs Camp and Goldman Union Camp Institute, started a podcast in 2016 called “Campfires and Color Wars,” now on its 42nd episode. Topics discussed cover everything from camp food to awkward sexual encounters.

A recent episode featured an interview with David Wain, director and co-writer of the cult classic film about Jewish camp, “Wet Hot American Summer.” Wain revealed that some of the scenes were inspired by his own experiences at Camp Modin in Maine.

“[Camp] was easily my most positive and lasting Jewish experience. My favorite things about being Jewish were the way they celebrated Shabbat at camp, that they set one day in a different way. Midday Friday, people start to take a shower for the first time in a week, then we had dinner and singing; it was more relaxed, everyone was together,” Wain said.

Hart, who works in digital marketing by day, believes camp stories can have value for everyone, though some quirky tales are most relatable to fellow former campers.

“If you didn’t go to camp, I don’t know what would interest you about it,” he said. “You had to be there to understand it.”