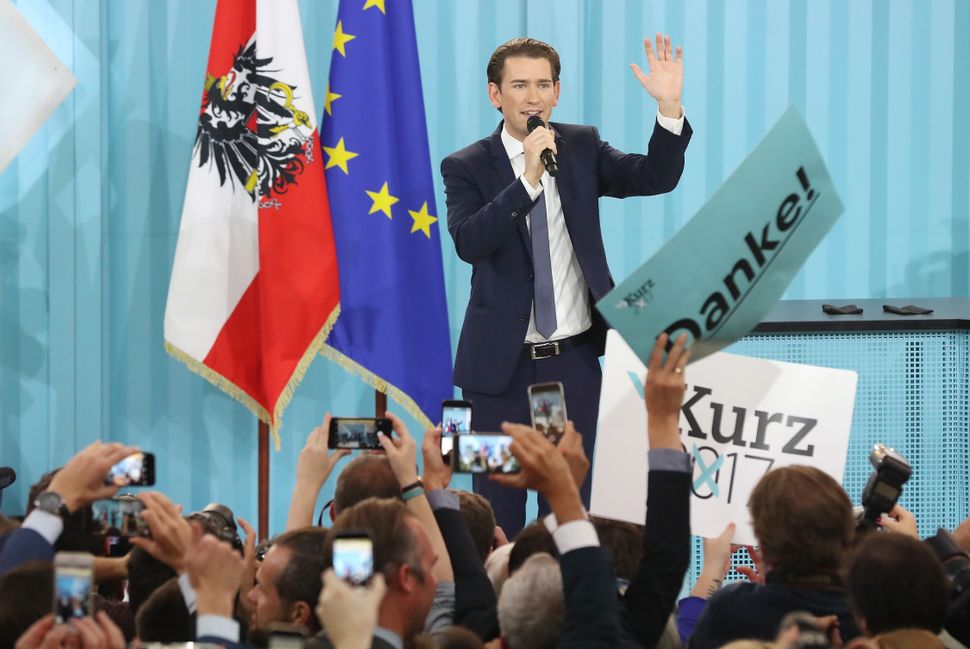 VIENNA (JTA) – Austrian Jewish students disrupted a Cabinet minister’s speech at a conference on anti-Semitism over the fact that his government includes politicians from the far-right Freedom Party.

The students Wednesday unfurled a banner reading “Mr. Kurz! Your government is not kosher!” during an address by Education Minister Heinz Fassmann. Sebastian Kurz was elected Austrian Chancellor in October. He heads the Austrian People’s Party, a center-right movement. In December, Kurz’s party formed a coalition government with the far-right Freedom Party, which former Nazis established in the 1950s.

The action triggered applause from the audience that had gathered in a University of Vienna auditorium to hear Fassman speak during the European Jewish Congress’ “An End to Anti-Semitism” conference held this week in the Austrian capital.  The protesters were escorted out of the auditorium by ushers.

Austrian Jews have boycotted the Freedom Party, citing a string of anti-Semitic and racist incidents involving its members and leaders. The party maintains it does not tolerate anti-Semitism. In November, its members in the Austrian parliament demonstratively refused to stand during a minute of silence for victims of the 1938 anti-Semitic pogroms in Austria.

The banner carried the logo of an association of Jewish high school students whose German-language name is Jüdische österreichische HochschülerInnen.