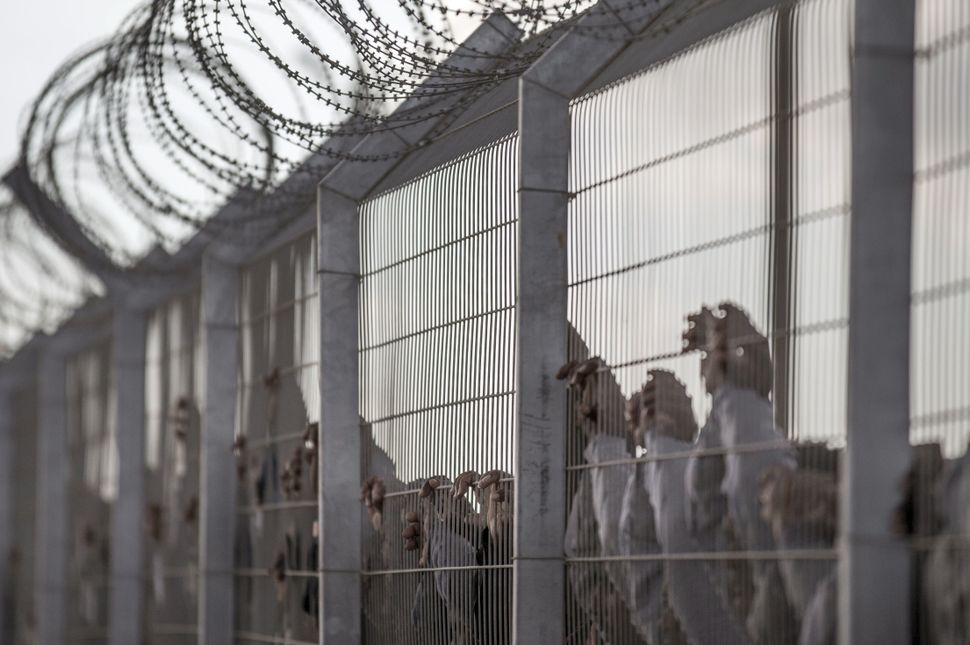 JERUSALEM (JTA) — African asylum seekers in a detention center in southern Israel began a hunger strike after the first seven Eritreans who refused to leave the country were jailed.

The hunger strike by 750 asylum seekers detained at the Holot open detention facility began Tuesday night after the seven men were transferred to the nearby Saharonim Prison. The strikers are refusing food and water, according to reports.

A group of more than 100 Eritreans in Holot had until Sunday to decide whether to go to a third country in Africa, believed to be Rwanda or Uganda, or go to prison, according to The Times of Israel. Dozens of others have received notices upon renewing their temporary visas that they have two months to decide.

It is the first test of the plan approved last month by Israel’s Cabinet to deport thousands of migrants from Sudan and Eritrea. The Population and Immigration Authority notified the migrants at the end of last year that as of Jan. 1, they must return to their own countries or to a third nation, or be sent to jail until they are deported. According to the government plan, migrants who choose to leave by March 31 will receive a payment of $3,500 as well as free airfare and other incentives.

For now, deportation notices will not be issued to women, children, families, anyone recognized as a victim of slavery or human trafficking, and those who had requested asylum by the end of 2017 but have not received a response, Haaretz reported.

As many as 40,000 Eritreans and Sudanese are living in Israel, including 5,000 children.