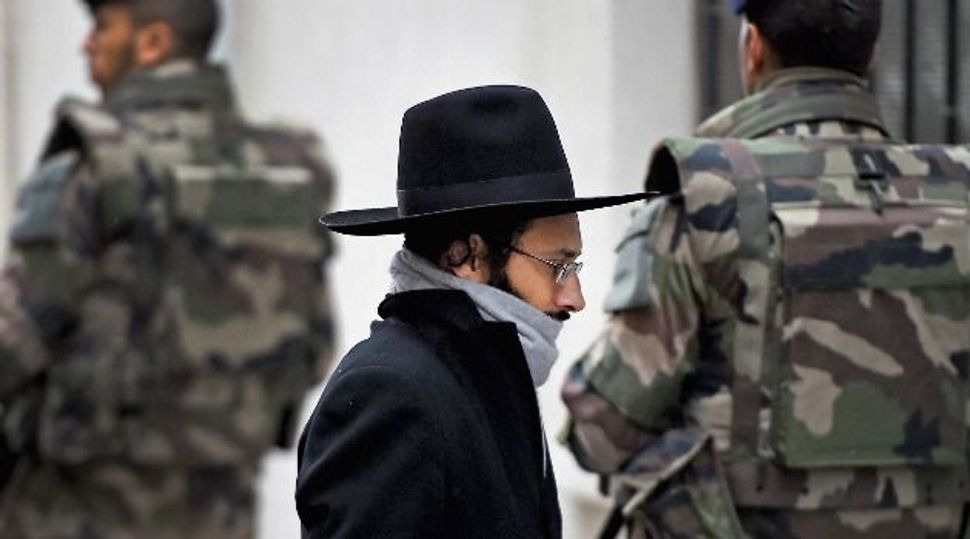 (JTA) — The baby daughter of a French rabbi was burned after being exposed to acid placed in her carriage.

The 14-month-old girl suffered burns on her back and thighs Monday in the city of Bron, near Lyon, Le Parisien daily reported Wednesday. The baby is not in danger, according to the report.

The acid had been placed inside a carriage that the baby’s grandmother had parked in a communal space inside her apartment building overnight from Sunday to Monday. The grandmother rushed the baby to the hospital after noticing a severe irritation on the baby’s skin after taking her for a walk in the stroller and then bringing her inside.

Police are looking into a possible anti-Semitic motive, perhaps by a neighbor, a police source told Le Parisien. The stroller was taken into police custody as part of the investigation, according to the newspaper.