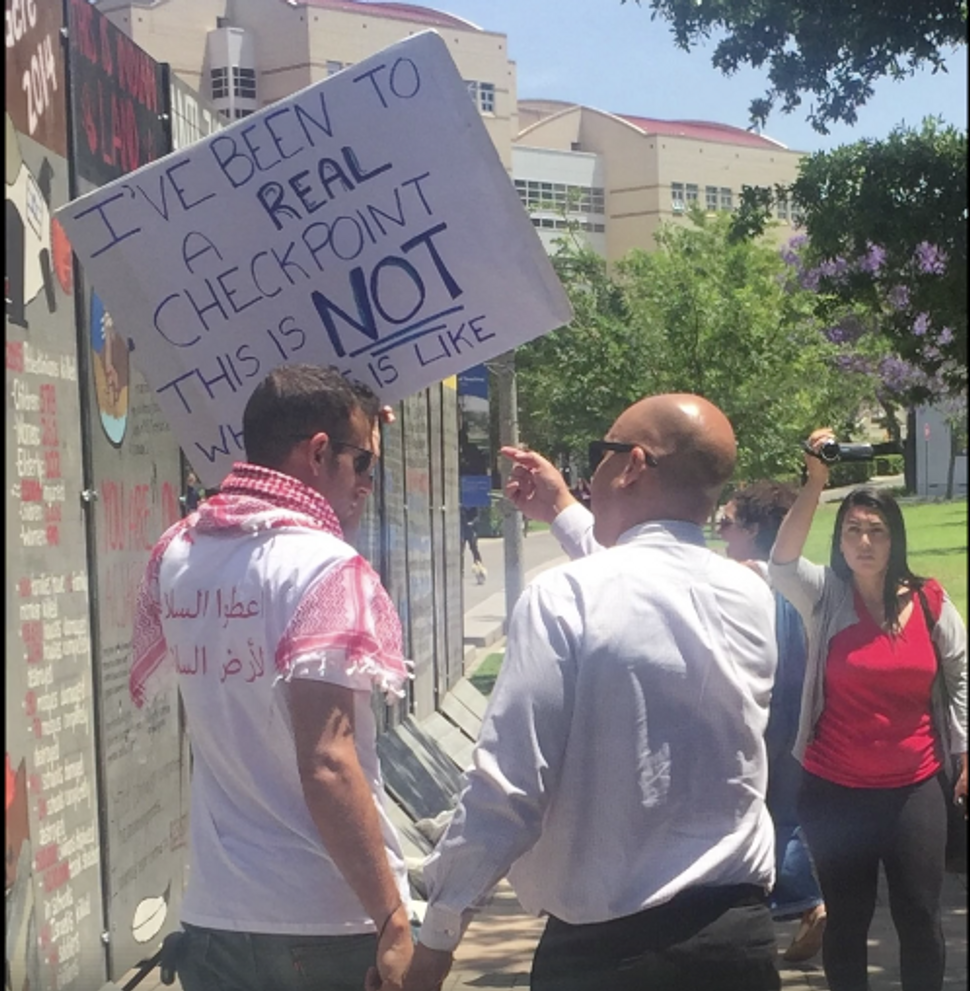 A pro-Israel student group at the University of California, Irvine has been cleared of harassment charges by the school after pro-Palestinian students claimed that they were subjected to intimidation by visiting Israeli reservists.

The club, called Students Supporting Israel, was found not responsible for violating UC Irvine’s student conduct policies after the local chapter of Students for Justice in Palestine claimed they were subjected to racial and sexual slurs by members of the Israeli group Reservists on Duty, which SSI had brought in as guest speakers.

The local president of SSI, Kevin Brum, called the charges at the time “blatant lies, a load of baloney.”

The university’s investigating officer said that none of the witnesses who alleged harassment agreed to speak with him, and that submitted videos and documents “do not indicate in any way that SSI aided or abetted the Reservists on Duty in violating University Policy.”

“We’re happy UCI issued this report fully exonerating our UCI chapter,” SSI founder and president Ilan Sinelnikov said in a statement. “It’s important other universities do the same when these groups attempt to use these tactics to discredit our organization, and expose these group’s fraught relationship with truth and facts.”