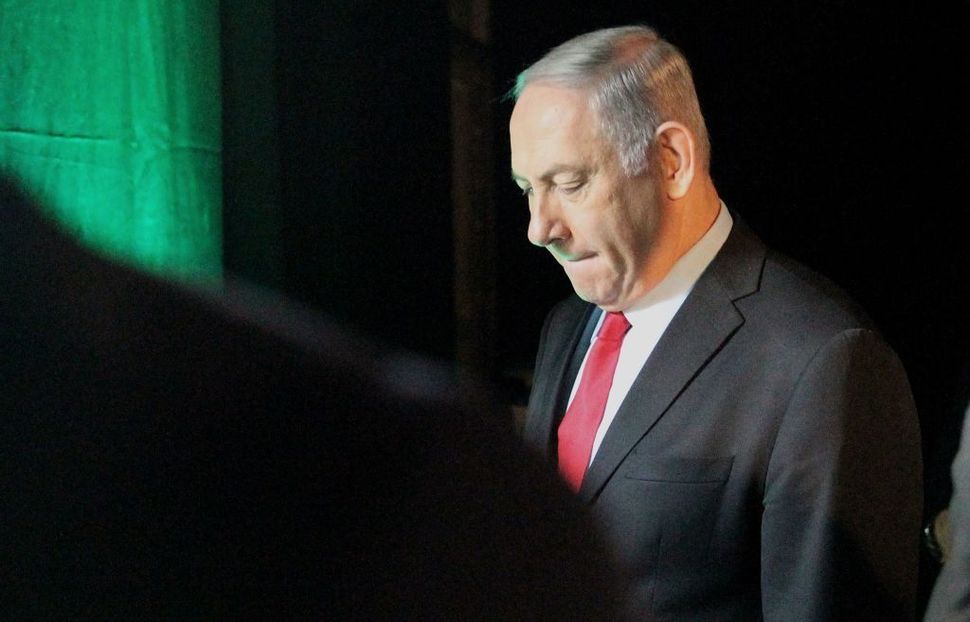 Some 33% of respondents said he should remain in office, according to results of the Hadashot survey released Wednesday evening following the latest developments in the scandal known as Case 4000.

The snap poll by the privately owned station also found that 42 percent of respondents favored early elections due to the allegations, with 36 percent opposed and preferring to wait until the scheduled vote in November 2019.

The Gallup organization in a report issued late Wednesday evening found that prior to the corruption allegations, slightly more than half of Israelis, or 52 percent, said in 2017 that they approved of how Netanyahu was handling his job as prime minister. Netanyahu’s lowest approval rating was 35 percent in 2012, when he also faced allegations of corruption, Gallup reported.

A poll published Wednesday by Israel’s Channel 10 found that if new elections were held today, the Likud party with Netanyahu as its leader would still receive the highest number of Knesset seats, with 27, followed by the centrist party Yesh Atid with 23. If Netanyahu stepped down as party leader, according to the poll, Likud would still win 26 seats.