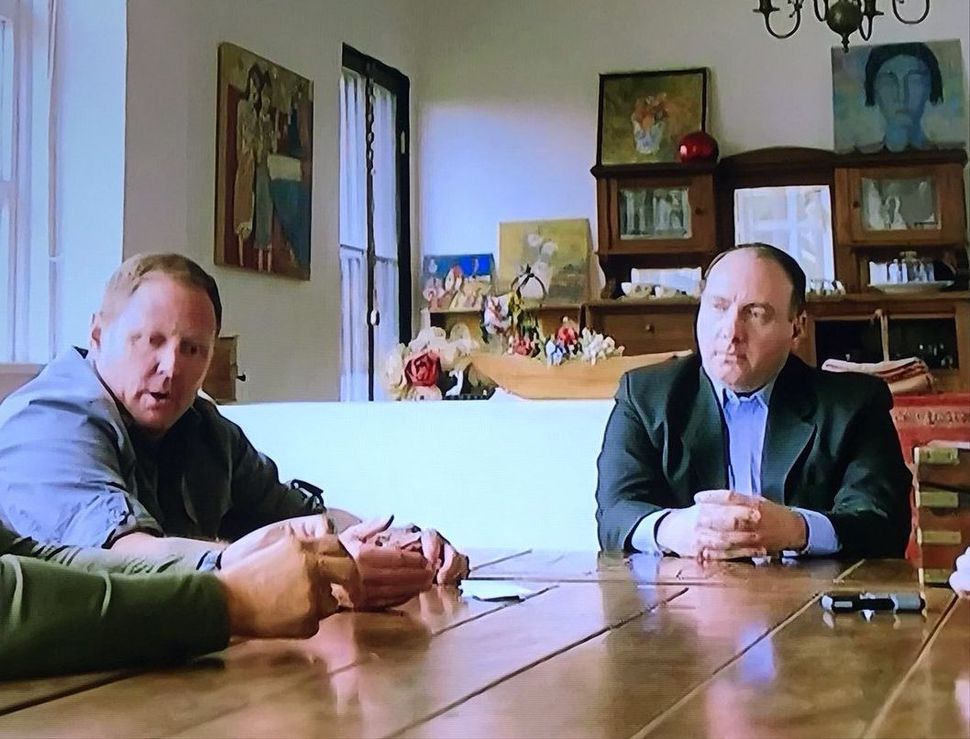 The man on the right, purportedly the grandson of a Nazi war criminal, had his face un-blurred during part of the show. Image by Twitter

Viewers quickly noticed the error and took to Twitter to ridicule the show and the History Channel for its mistake.

The show, which just ended its third season, is based on the premise that Adolph Hitler likely escaped Berlin before it was captured by Allied forces. The historical record holds that Hitler shot himself in his command bunker in May 1945.

The show has been tied to conspiracy theorist media, and one of the hosts has been a guest on Infowars.