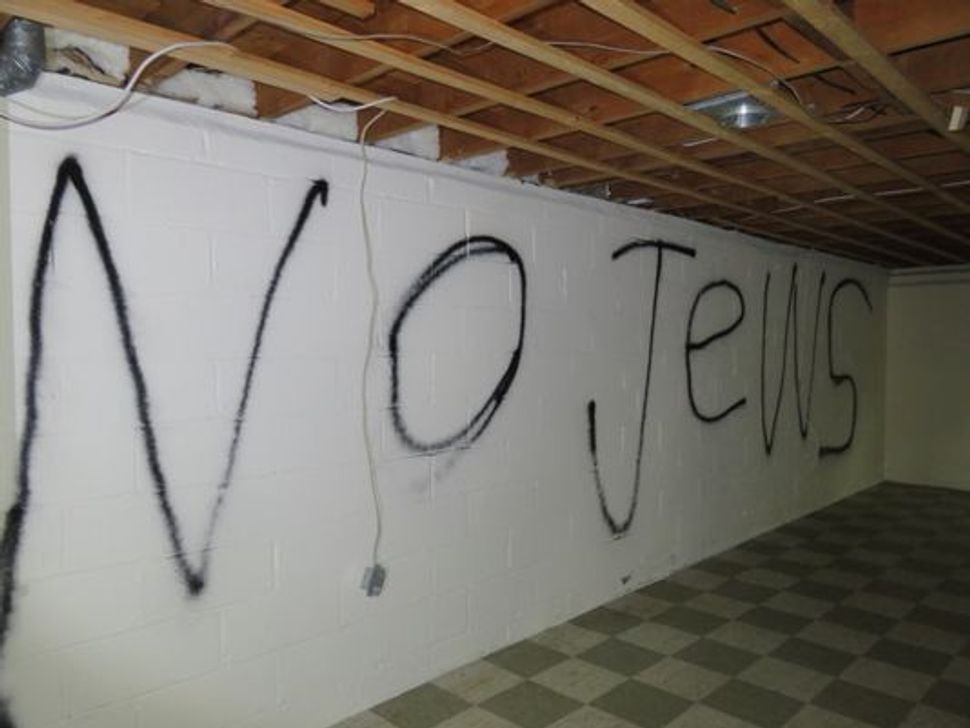 (JTA) — The number of anti-Semitic incidents in the United States spiked in 2017, according to a new report by the Anti-Defamation League.

There were 1,986 acts of anti-Semitism in the U.S. last year, according to an ADL audit released Tuesday. That is more than double the total from 2015, which was 942. It’s also a 57 percent increase over the 2016 total of 1,267. The audit said that the rise is due in part to an increase in people reporting incidents of anti-Semitism.

The 2017 number includes more than 160 bomb threats sent to Jewish community centers and other institutions early that year. A Jewish teen from Israel has been arrested for making the vast majority of those threats, which were all not credible.

Discounting the JCC bomb threats, reported incidents still increased by 43 percent over 2016. Anti-Semitic incidents on schools and college campuses also doubled in 2017 for the second year in a row. Non-Jewish elementary and high schools experienced 457 anti-Semitic incidents, compared to 235 in 2016 and 114 in 2015.

Almost all of the instances were either harassment — including the bomb threats — or vandalism, including seven instances of Jewish cemeteries being desecrated. There were also 19 anti-Semitic physical assaults, a decline of 47 percent from 2016.

“A confluence of events in 2017 led to a surge in attacks on our community – from bomb threats, cemetery desecrations, white supremacists marching in Charlottesville, and children harassing children at school,” said Jonathan Greenblatt, the ADL’s CEO and national director, in a statement. “These incidents came at a time when we saw a rising climate of incivility, the emboldening of hate groups and widening divisions in society.”

The states that saw the most anti-Semitic incidents were those with large Jewish populations. New York had 380 incidents of anti-Semitism, while California had 268 and New Jersey had 208.