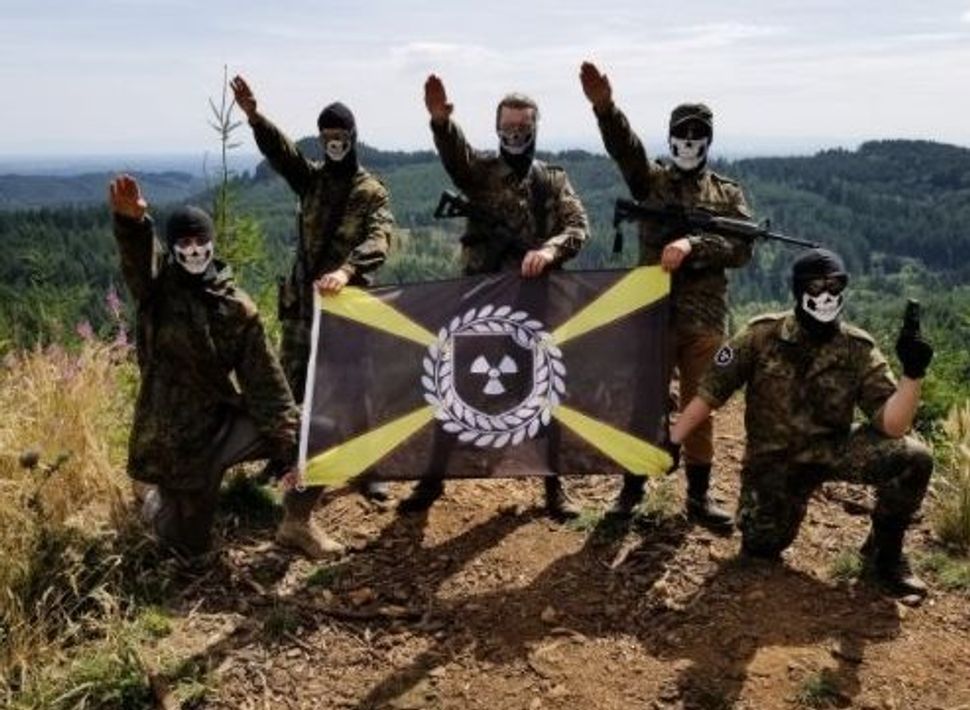 YouTube refuses to take down videos made by the neo-Nazi militia group Atomwaffen, the Daily Beast reported.

Atomwaffen has cells in over two-dozen states, and has been linked to (multiple murders over the past year.](https://www.huffingtonpost.com/entry/atomwaffen-nazi-murder-bomb-plot_us_5a70825ae4b00d0de2240328) One of it’s members, Sam Woodward, has been accused of murdering Blaze Bernstein, a Jewish teenager from California.

The group posts neo-Nazi propaganda videos through its YouTube channel. The videos have been reported for violating YouTube’s terms of service, and they are now preceded by a message saying that “the following content has been identified by the YouTube community as inappropriate or offensive to some audiences.”

“We announced last June that we would be taking a tougher stance on videos that are borderline against our policies on hate speech and violent extremism by putting them behind a warning interstitial and removing certain features, such as recommended videos and likes,” a YouTube spokesperson said this week. “We believe this approach strikes a good balance between allowing free expression and limiting affected videos’ ability to be widely promoted on YouTube.”