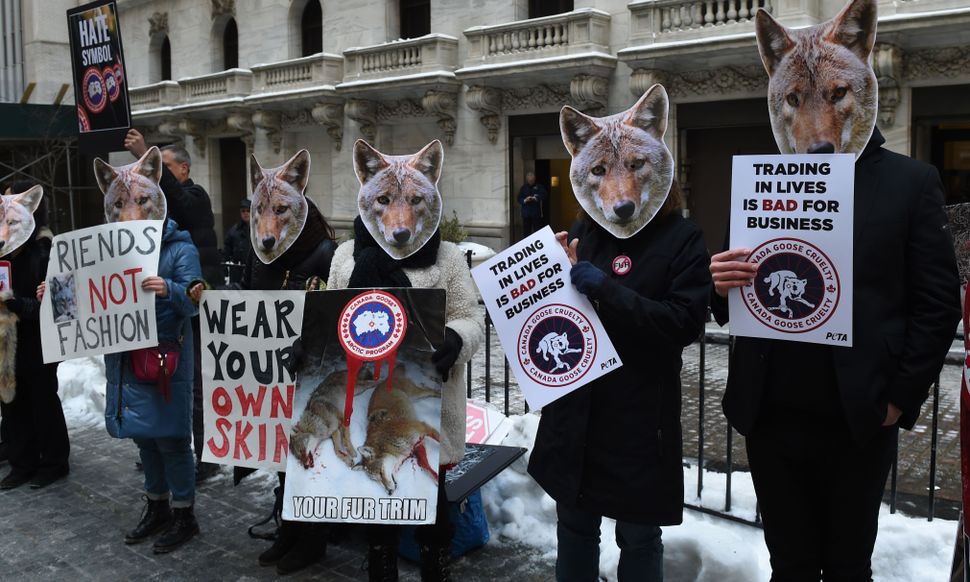 Barbra Streisand gave rich pet owners everywhere an idea when she told Variety in an interview that her two beloved dogs, Miss Violet and Miss Scarlett, were clones of her dearly departed dog, Samantha.

But while nine-year-old musical theater fans have been inspired to start putting away their allowance to one day clone their guinea pig Jessica, the president of PETA has been inspired to release a statement condemning Streisand for playing God with puppies.

“We all want our beloved dogs to live forever, but while it may sound like a good idea, cloning doesn’t achieve that — instead, it creates a new and different dog who has only the physical characteristics of the original,” said PETA President Ingrid Newkirk to Page Six. “Animals’ personalities, quirks, and very ‘essence’ simply cannot be replicated, and when you consider that millions of wonderful adoptable dogs are languishing in animal shelters every year or dying in terrifying ways when abandoned, you realize that cloning adds to the homeless-animal population crisis. And because cloning has a high failure rate, many dogs are caged and tormented for every birth that actually occurs — so that’s not fair to them, despite the best intentions. We feel Barbra’s grief at losing her beloved dog but would also love to have talked her out of cloning.”

PETA is best known for giving reality stars a respectable reason to pose nude but it would appear that they are pivoting to anti-doggy cloning activism. Unfortunately, it’s likely that they will convince neither Barbra Streisand nor the proud owner of Jessica to adopt.

Neither Miss Violet nor Miss Scarlett could be reached for comment.