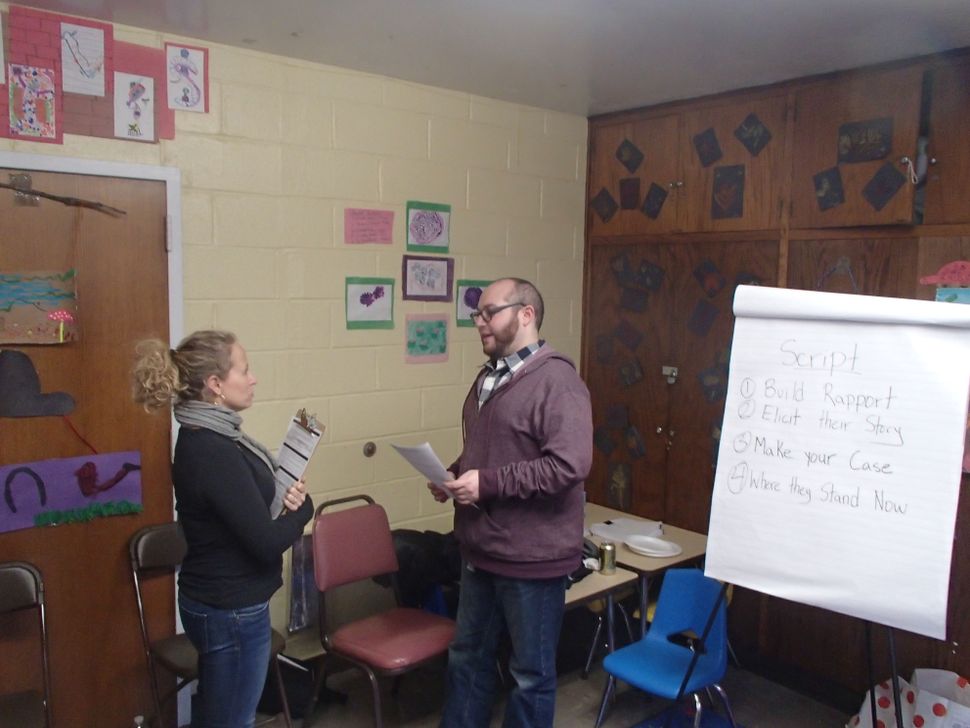 Organizers at Changing the Conversation Together.

Photo courtesy of Changing the Conversation.

The group, Changing the Conversation Together, is using a method called “deep canvassing,” in which volunteers aim to engage voters in longer conversations that build mutual understanding, empathy, and change minds. Studies have shown the efficacy of this technique. Group founder Adam Barbanel-Fried’s said in an email to supporters that he favored that approach because of his “fear that in the current political moment, the important art of political persuasion and relating with one another, may be lost.”

The group is partnering with Get Organized Brooklyn’s Civic Action Team and trained 45 volunteer canvassers.

Barbanel-Fried, whose past work was around schools, housing and healthcare, said he decided to step into the partisan fray because of the current political climate. In an email to supporters, he cited his “Fear of the extreme hate, environmental destruction, and disregard of human needs that the current leadership in Washington has allied itself with.”

The group is currently operating tests in the most conservative congressional district in New York City, which covers Staten Island and parts of southern Brooklyn. Their goal is to expand their influence to more competitive districts in the 2018 midterm election and 2020 presidential election.