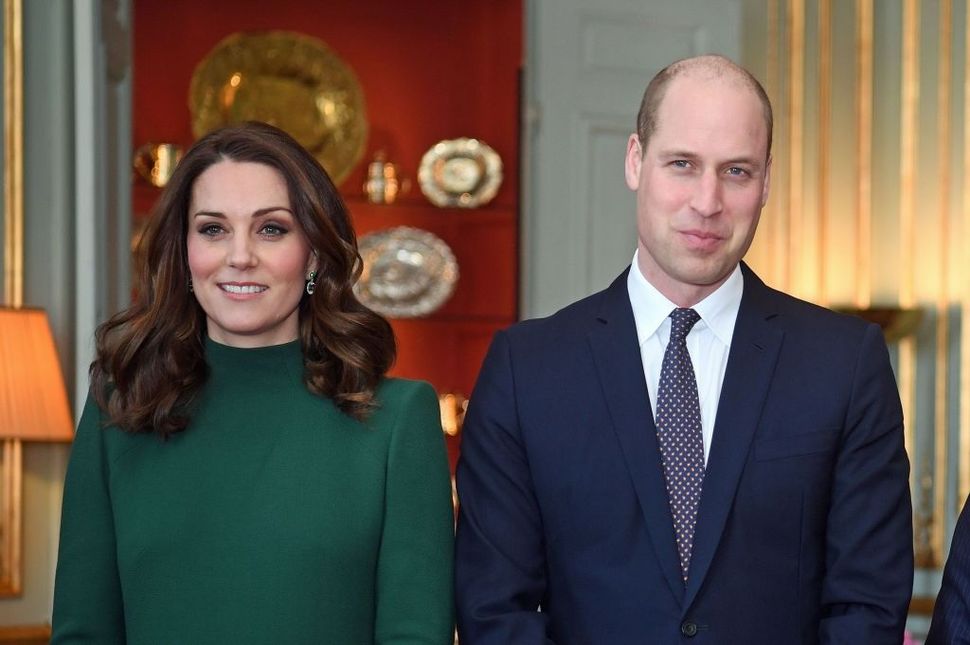 Catherine, Duchess of Cambridge and Prince William, Duke of Cambridge pose ahead of a lunch at the Royal Palace of Stockholm during day one of their Royal visit to Sweden. Image by Victoria Jones-Pool/Getty Images

(JTA) — In a break with what many believe is a decades-long unofficial boycott of Israel, the British Royal House announced what appears to be a state visit to the Jewish homeland by one of its senior-most members, Prince William, whose official title is the Duke of Cambridge.

The announcement on March 1 on the Facebook account of the British Embassy in Israel read: “The Duke of Cambridge will visit Israel, Jordan and the Occupied Palestinian Territories in the Summer.” It contained no further details.

To date, no senior member of the Royal House has visited Israel in their official capacity in what many observers believe is a policy adopted following Zionist movements’ use of violence against British nationals when the United Kingdom ruled the Mandate on Palestine – an area comprising modern-day Israel, Jordan and the Palestinian Authority.

Whereas members of the British Royal Family, including Queen Elizabeth, have made state visits to Kenya and other countries where acts perceived as terrorism were committed against Britain and its citizens by anti-colonialist combatants, they have stayed away from Israel in their official capacity since the country’s establishment in 1948.