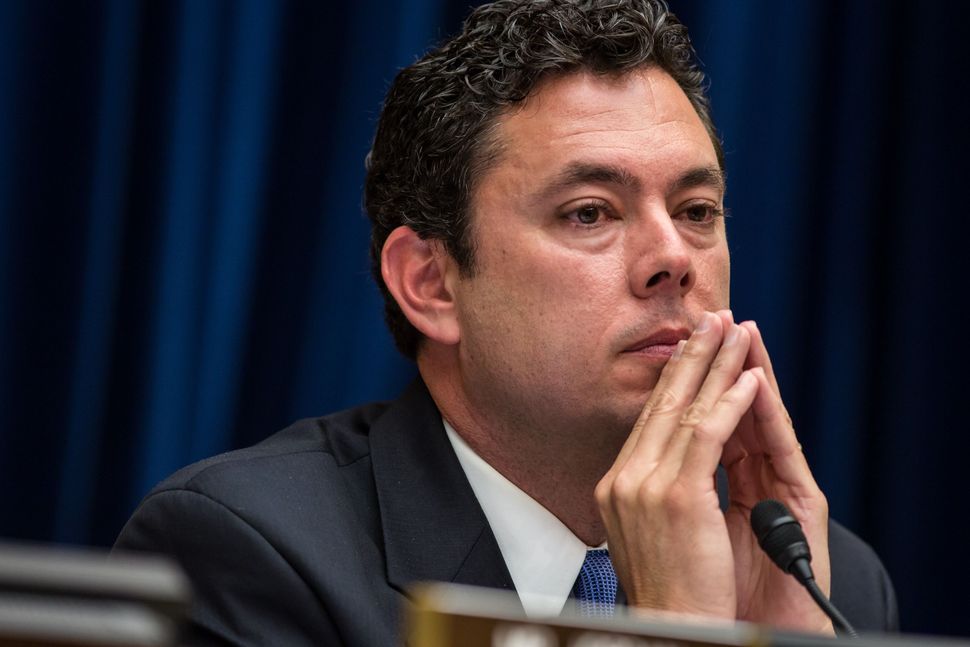 Parkland is in a heavily Jewish part of Florida, and many of the victims and their classmates are Jewish. Media Matters highlighted the clip, which was part of a conversation about the funeral of evangelical leader Billy Graham.

Chaffetz, who was born Jewish but converted to Mormonism in college, said on Fox News that he believed that a belief in Jesus Christ “would help” the students returning to Stoneman Douglas High School two weeks after the shooting.

The massacre at Stoneman Douglas killed 17 people, many of them students, and has set off a new wave of calls for gun control. Chaffetz had an “A” rating from the National Rifle Association, and the endorsement of its associated political action committee in his last election.