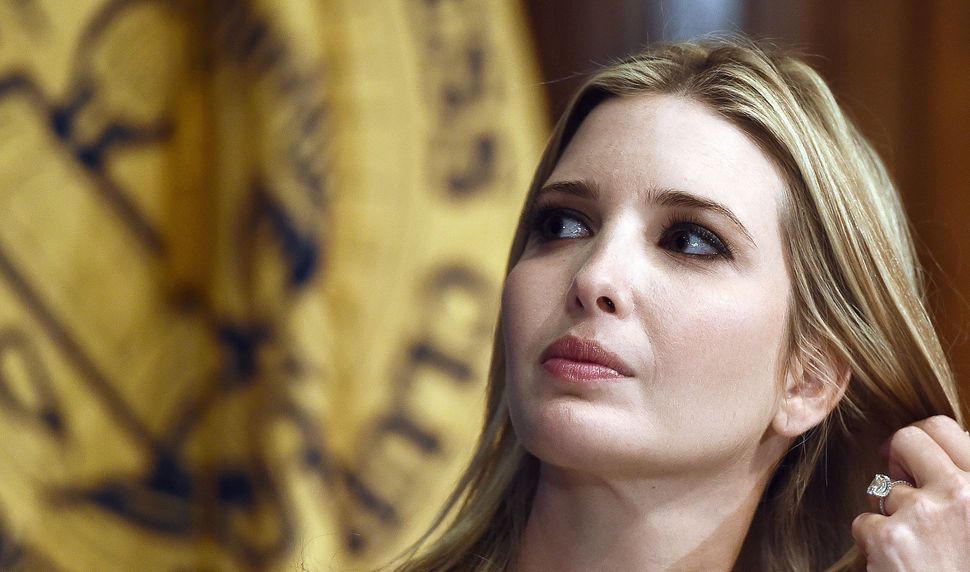 The agency is reportedly investigating the presidential advisor/daughter’s role in crafting a deal with a Malaysian developer, Joo Kim Tiah, to build and license the Trump International Hotel and Tower in Vancouver, Canada.

It is unclear why that business deal is coming under particular scrutiny, but it was the first Trump hotel to have opened since President Trump’s inauguration last year. Ivanka Trump played a prominent role in closing the deal, and Tiah said in 2015 that “Ivanka and myself approved everything, everything in this project.”

Tiah is from one of the richest families in Malaysia, a country whose leaders have been subject to several U.S. corruption investigations over the years. The Wall Street Journal reported Thursday that a top Trump campaign donor, Elliot Broidy, had arranged a deal to be paid $75 million if the Justice Department dropped its probe of Prime Minister Najib Razak.

The FBI has been looking at the foreign business dealings of both Ivanka Trump and her husband Jared Kushner to determine whether their financial dealings around the world left them vulnerable to manipulation by foreign agents, a U.S. official told CNN.

Officials in at least four countries, including China and Israel, have had internal discussions over how to take advantage of Kushner’s inexperience and financial incentives to affect U.S. policy, The Washington Post reported Tuesday.

Kushner’s global business dealings are also reportedly a focus of special counsel Robert Mueller’s investigation into Russian interference in the 2016 election. Kushner recently saw his access to top secret classified information curtailed after failing to obtain a permanent security clearance. The status of Ivanka Trump’s security clearance is unclear, and a White House spokesman declined to comment on that subject to CNN.

“CNN is wrong that any hurdle, obstacle, concern, red flag or problem has been raised with respect to Ms. Trump or her clearance application,” a spokesman for Trump’s lawyer told CNN. “Nothing in the new White House policy has changed Ms. Trump’s ability to do the same work she has been doing since she joined the Administration.”