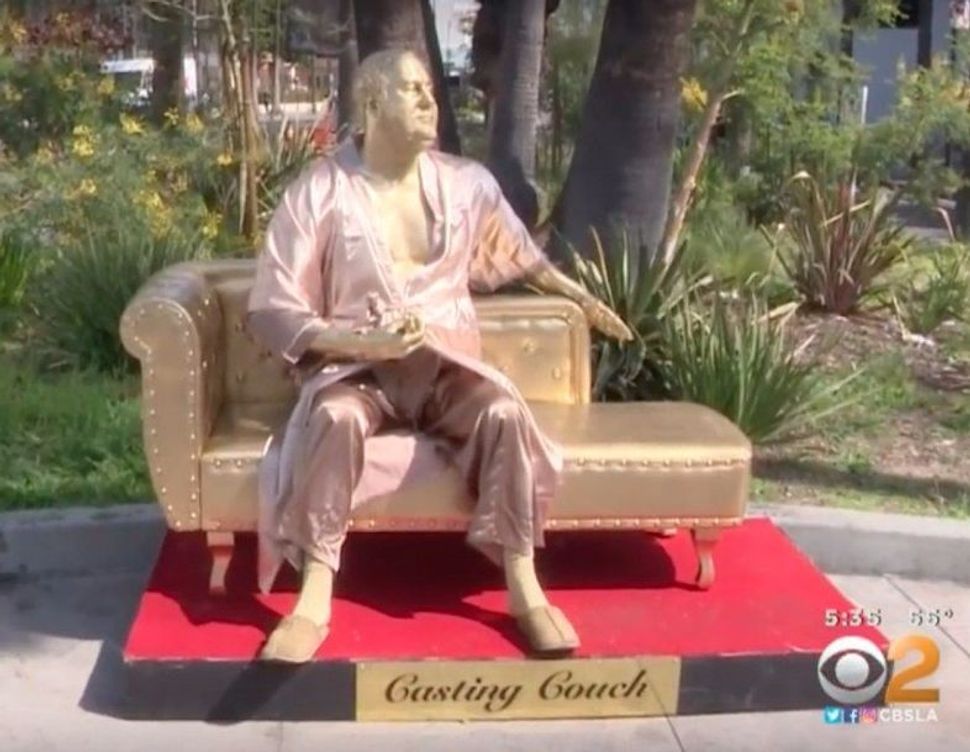 A gold-plated statue of Harvey Weinstein sitting on his “casting couch” — bathrobe-clad, gripping his Oscar — has arrived in Hollywood ahead of the Oscars, Page Six reported.

The sculpture is a collaboration between the artist Plastic Jesus and Joshua “Ginger” Monroe, who is best known for crafting the statue of a naked Donald Trump and placing it in New York’s Union Square. The statue, which is life-sized, is meant to draw attention to sexual harassment in the movie industry.

“There’s so much about Hollywood that’s great and celebrated in the Oscars, but there’s also this underbelly of darkness within the industry that we often sweep under the carpet or ignore,” Plastic Jesus told Page Six.

The artists spent two months casting the statue from fiberglass and resin. The phrase “casting couch” generally refers to requests for sexual favors in return for roles and career advancement in Hollywood.