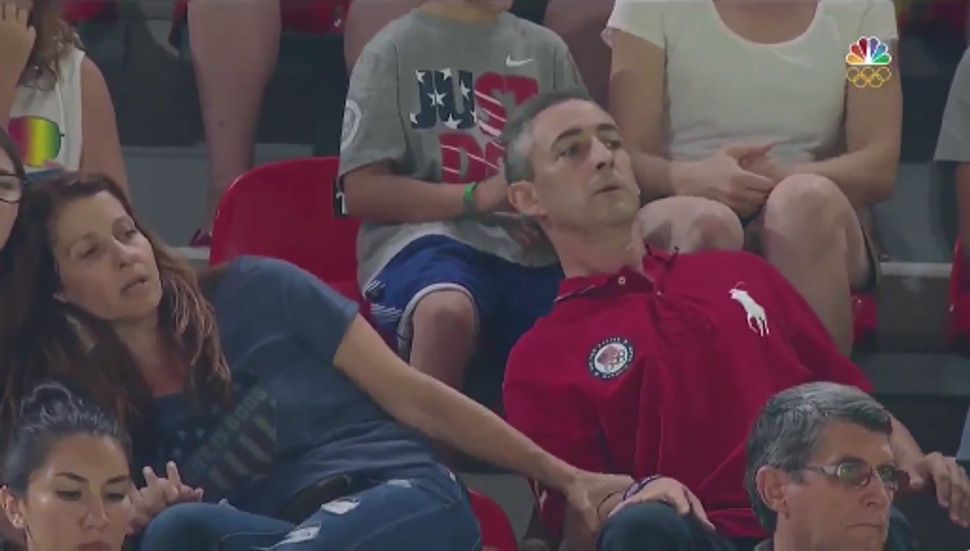 Raisman, who is Jewish and the winner of numerous Olympic medals, including several golds, filed her lawsuit Wednesday in California, saying they “knew or should have known” about abusive patterns Nassar, who is now in prison, The Associated Press reported.

The lawsuit is the latest development in Raisman’s campaign for raising awareness of sexual abuse in sports, which coincides with several other campaigns against sexual misconduct against women.

Raisman was among dozens of young female gymnasts Nassar has pleaded guilty to molesting.

The filing alleges negligence by the USOC and USA Gymnastics for failing to make sure appropriate protocols were followed in regard to monitoring Nassar, who is named as a co-defendant in the lawsuit. I January, a Michigan judge sentenced Nassar to a total of at least 140 years in prison.

Nassar spent nearly three decades at USA Gymnastics before being fired in 2015 following complaints about his behavior. He continued to work at Michigan State University through the fall of 2016 before being hit with federal charges.

Raisman said the USOC and USA Gymnastics allowed Nassar to continue abusing athletes by not telling the university about the conduct that led them to fire him.

The USOC is conducting an independent review of when former CEO Scott Blackmun and others learned the details about abuse cases at USA Gymnastics and whether they responded appropriately. Blackmun stepped down earlier this week to deal with prostate cancer. Raisman, several high-profile gymnasts and two U.S. senators had been calling for his ouster for weeks.

USA Gymnastics and the USOC did not immediately respond to a request for comment from AP.

USA Gymnastics has undergone a massive overhaul in the last year. Former president Steve Penny, named as a co-defendant in Raisman’s lawsuit, resigned last March. Its longtime board chairman Paul Parilla, another co-defendant in the suit, and the rest of the board stepped down in January.

The post Aly Raisman sues US Olympic Committee for not flagging doctor who molested her appeared first on Jewish Telegraphic Agency.