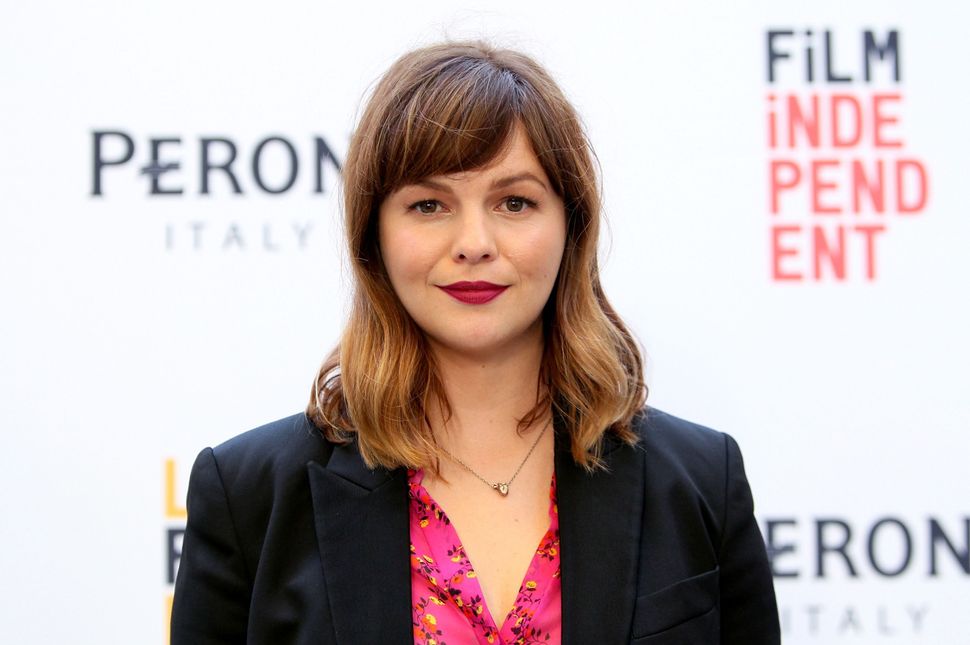 The actress Amber Tamblyn received a backlash of criticism on Twitter after she tweeted about nearly being run over by a “Hasidic man” in a van,” Page Six reported.

Tamblyn said that on Sunday she was pushing her daughter in a stroller in Williamsburg, Brooklyn, when a Hasidic man driving a van nearly ran her over as she crossed the street.

This is not the first time a man from the Hasidic community in NYC has attempted to harm me or other women I know,” Tamblyn wrote in a tweet. “Any woman riding a bike through South Williamsburg can attest.”

It is unclear if Tamblyn filed a police report about the incident or what might have made her believe that the driver acted intentionally.

Ugh. Live close to there. It is an issue. They really don’t follow our laws or really care. It’s scary.

Hey @ambertamblyn this seems really scary! Unfortunately, linking it to a whole group that already has a hard time is also scary. The trouble is referencing a ‘community’ versus individuals. Note the ‘they’ versus ‘our’/’us’ convo that has ensued. Please consider. Best wishes ?

“For someone who is so politically woke, I don’t understand your generalizations of the Hasidic Jewish community,” wrote one person in response to Tamblyn’s tweets. “It sounds racist.”