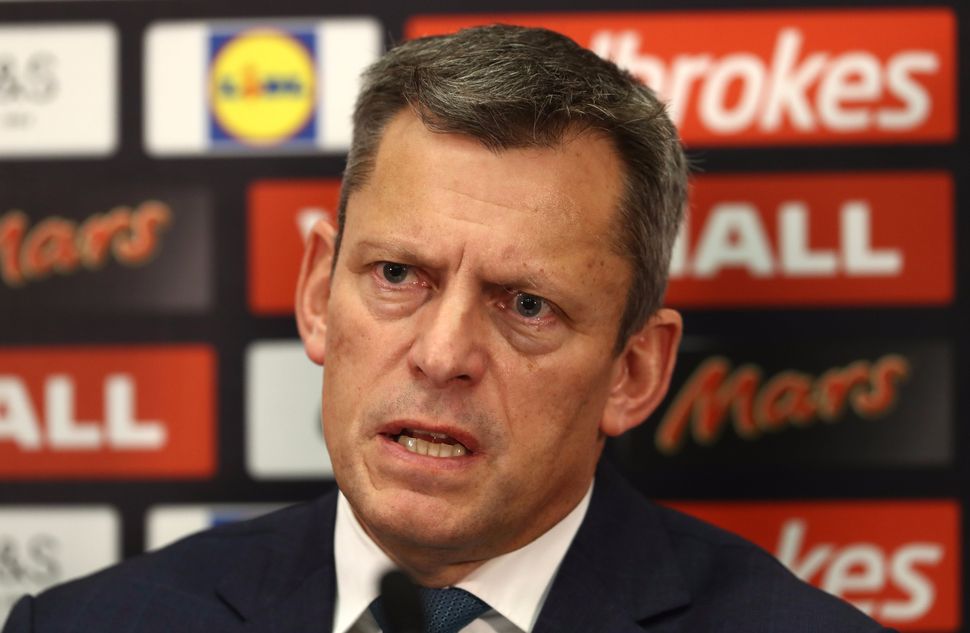 The chief executive of the British Football Association landed in hot water after equating a Star of David with a swastika and “Robert Mugabe,” the Guardian reported.

Martin Glenn made the offending comments when addressing the shirt pin one player wore during a match, in apparent violation of the FA’s rule prohibiting political symbols on the football pitch.

“That could be strong religious symbols, it could be the Star of David, it could the hammer and sickle, it could be a swastika, anything like Robert Mugabe on your shirt – these are the things we don’t want,” Glenn said.

Glenn later apologized for the remarks, specifying his “reference to the Star of David, which is a hugely important symbol to Jewish people all over the world,” he said. “I will be speaking with the Jewish Leadership Council and to Kick It Out to personally apologize.”

“The Star of David is a Jewish religious symbol of immense importance to Jews worldwide,” said Simon Johnson, the chief executive of the Jewish Leadership Council. “To put it in the same bracket as the swastika and Robert Mugabe is offensive and inappropriate.”