John Kelly Asks: ‘What Do Jared And Ivanka Do All Day?’ 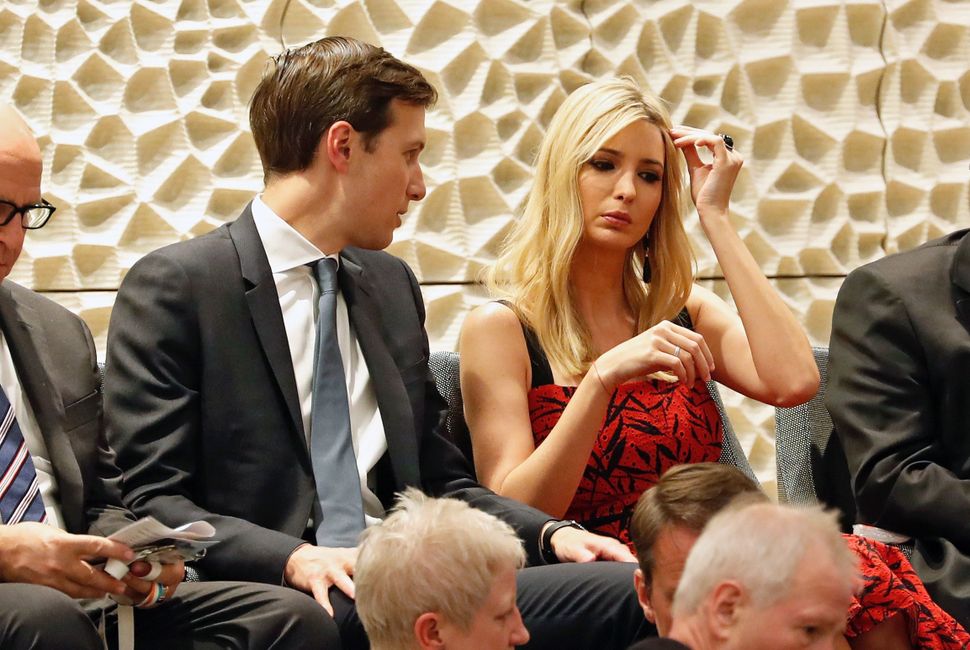 It’s been a year since Jared Kushner and Ivanka Trump arrived in Washington. White House Chief of Staff John Kelly reportedly wants to know if the couple is ready to leave soon.

Since taking over his job last year, Kelly has prioritized creating formal lines of authority and decision-making, while Kushner has resisted efforts to formalize his role. Kelly has spoken out against what he views as the couple’s “freelancing”.

One aide and an outside source told the Associated Press that he has no idea what they do each day.

This is not the first report of a strain between the chief of staff and Jared and Ivanka. Last week, the Forward reported Kushner’s security clearance was downgraded. The couple felt that Kelly’s decision was directly targeted against them.

According to the New York Times, President Trump is “frustrated” by the negative press coverage of his son-in-law, and privately asked Kelly to help push him and Ivanka out of the White House.

John Kelly Asks: ‘What Do Jared And Ivanka Do All Day?’