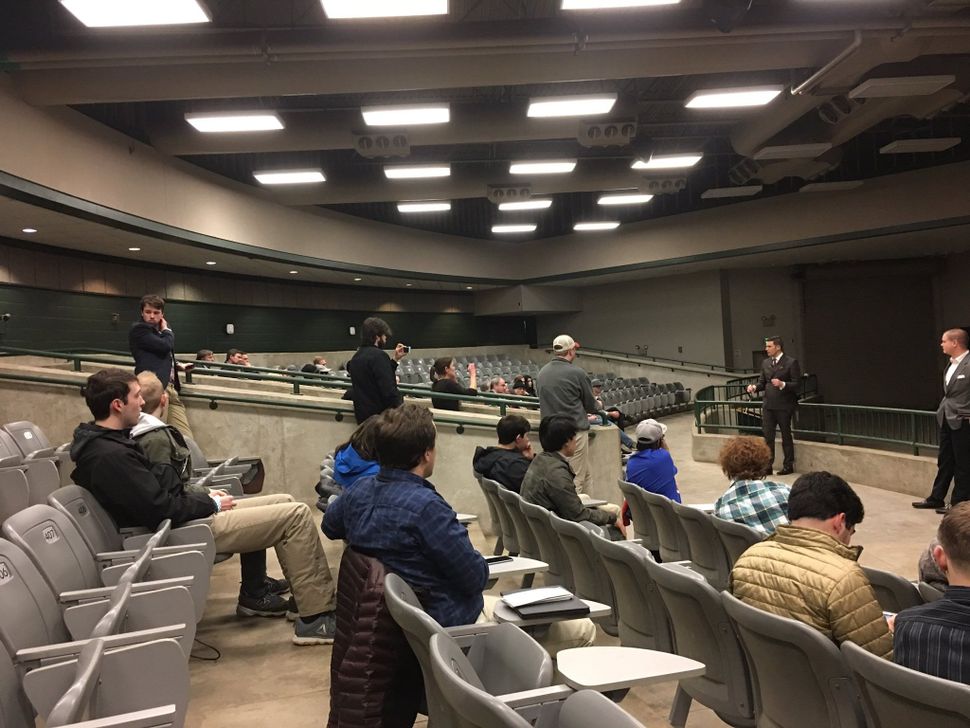 Richard Spencer speaking during an appearance at Michigan State University on Monday. Image by twitter 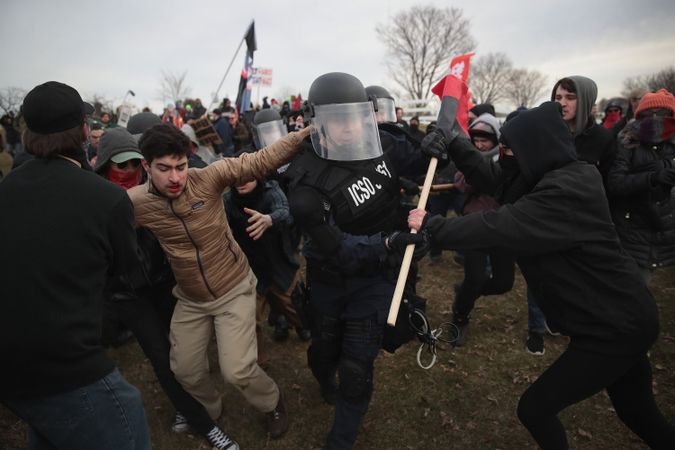 Police confront neo-Nazi supporters of Richard Spencer ahead of his speech at Michigan State University. Image by Getty

Richard Spencer’s appearance at Michigan State University led to a series of violent confrontation between his neo-Nazi supporters, protesters and riot police stationed at the event, the Washington Post reported.

Ahead of his speech, neo-Nazis and white supremacists marched outside the school, and volleys of insults and slurs against minority groups turned into violent assaults on protesters. Law enforcement lined the road to the venue where Spencer was to speak, detaining multiple supporters and protesters with zip ties.

Most of Spencer’s supporters were blocked from entering the MSU venue. (MSU is currently on spring break.) A reporter inside the speech reported seeing less than 50 people in attendance. 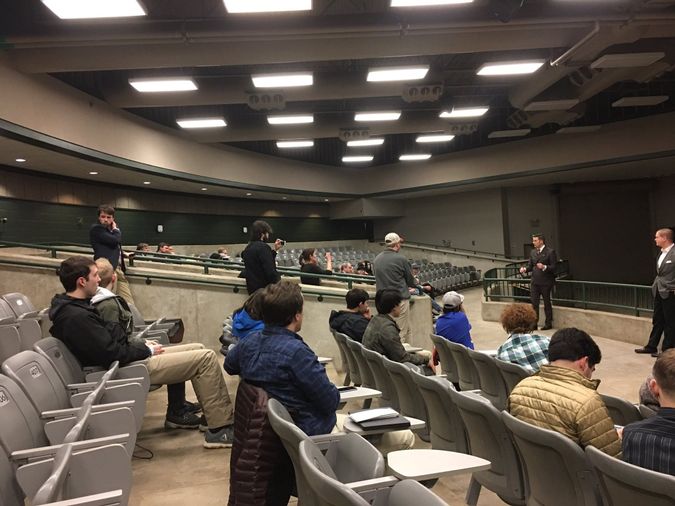 Richard Spencer speaking during an appearance at Michigan State University on Monday. Image by twitter

“What happened outside was really worrisome and heinous,” Spencer said. “That was an attempt to use violence to prevent people from attending a speech that was peaceful.”