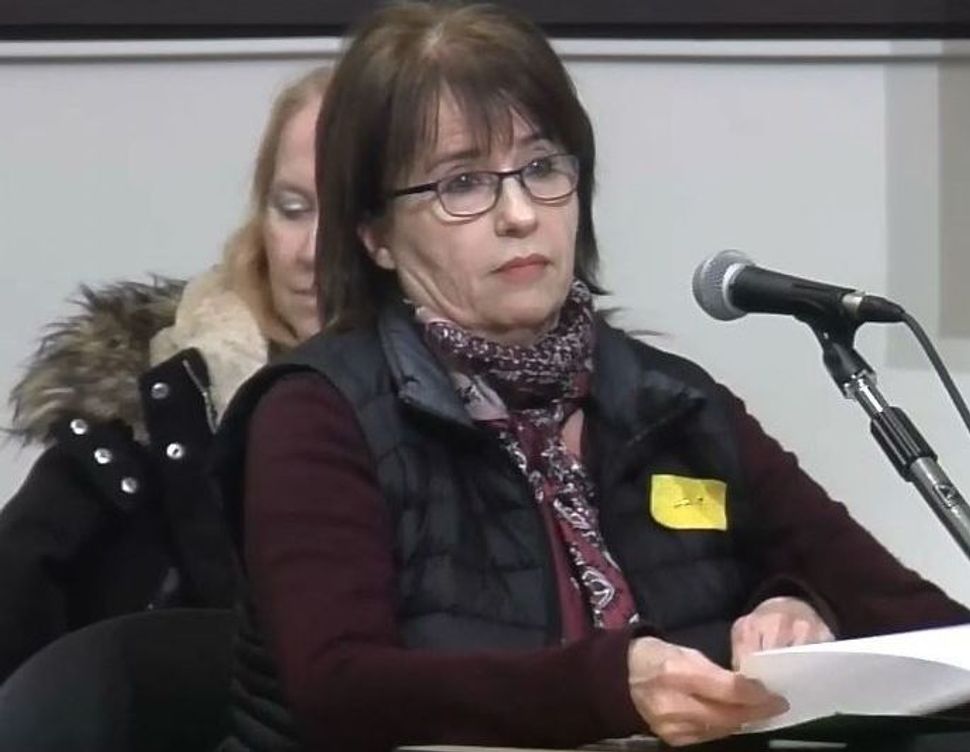 A group of Montreal citizens is using square yellow badges to protest the presence of private Jewish school buses in their neighborhood, sparking outrage in the city, the Times-Colonist reported.

Ginette Chartre, a representative for the protesting Montrealers, refused to stop wearing the badges even after being told they evoked the yellow stars the Nazis forced Jews to wear in the years before the Holocaust.

“[The Jews] always bring up their painful past,” she said. “They do it to muzzle us. We’re wearing the yellow square because the school buses are yellow.”

Chartre and other residents complain that the buses run at unusual hours and block the streets in the winter and summer. The buses primarily belong to Montreal’s growing Hasidic community.

“We are living an injustice,” she said. “We are being persecuted by them.”

Members of Montreal’s Hasidic community are outraged by the protests, but some are taking Chartre’s comments in stride.

“The Jewish people for millennia have been exposed to this stuff, some worse, some better, and it’s almost part of our existence, part of our being,” said Alex Werzberger, a Hasidic Jew.