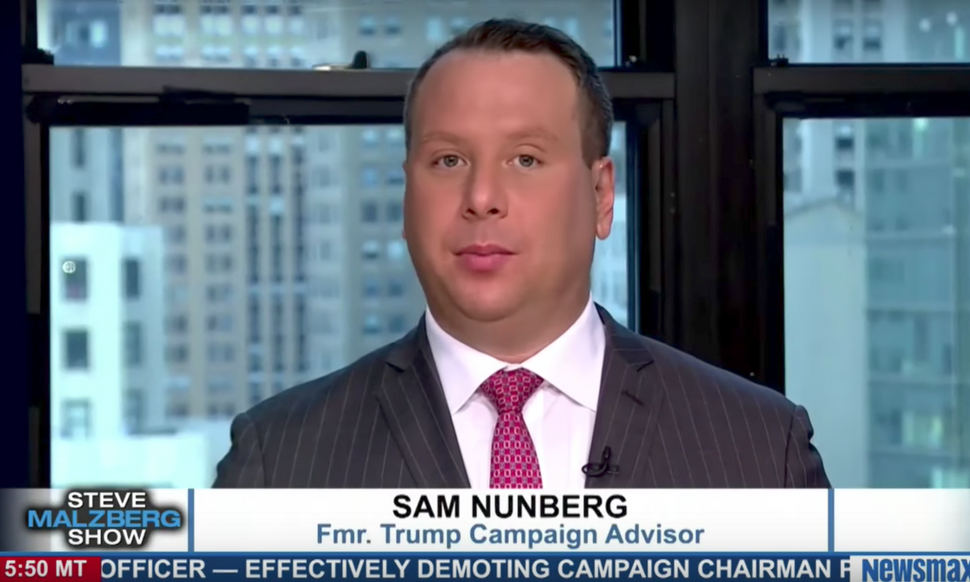 Sam Nunberg, the former Trump campaign aide who railed against his boss on multiple cable news shows Monday, told the New York Times that he is proud of his performance.

“I do believe that Donald Trump and Roger Stone are right: No publicity is bad publicity,” he said, referring also to the political operative who shaped Trump’s offensive, bare-knuckle campaign style. “To me, it made for good TV, and everybody’s talking about me.”

But does Nunberg have anything worthwhile for Robert Mueller?

Nunberg’s erratic appearances Monday came after he vowed to fight a subpoena to testify before a grand jury as part of Mueller’s investigation into the Trump campaign. On Monday, Nunberg appeared agnostic about Trump’s possible collusion with the Russian government, saying at times that he thinks he did something “wrong” and at others insisting Trump is innocent.

Questions remain about whether the spectacle was alcohol fueled. Erin Burnett on CNN said she smelled alcohol on his breath, and friends of his told the Times that Nunberg has struggled with sobriety.

It will take Mueller’s team to figure out if Nunberg has anything useful for them.