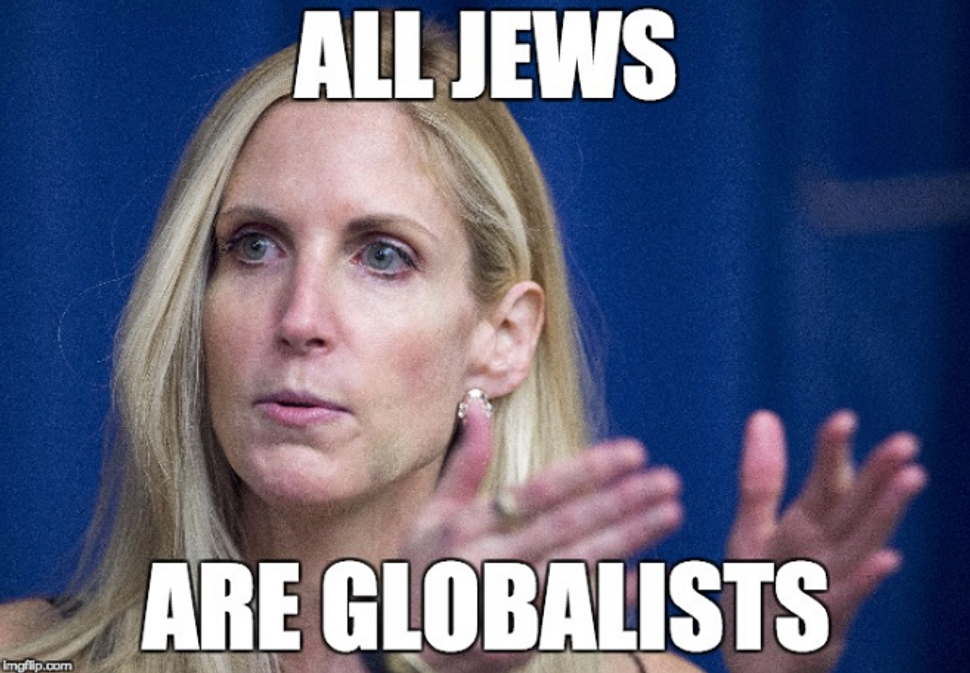 Ann Coulter, the arch-conservative talking head who frequently complains about Jews and has white nationalist sympathies took to Twitter Thursday night to call Jews “globalists.” Her remarks came after Donald Trump referred to outgoing economic adviser Gary Cohn as a “globalist,” using a moniker that many see as an anti-Semitic slur.

Boy, a lot of Globalists popped up in the #MeToo scandals!

Jake Tapper is also half Globalist.

Israel must be defended as last redoubt of the Globalists.

Coulter tweeted the statements after posting a the headline of a Huffington Post article calling “globalist” an “anti-Semitic term.”

Coulter’s string of tweets quickly racked up thousands of likes. Coulter’s comments also found appreciation from neo-Nazis, people on far right forums like 4Chan and on Gab.ai, a micro-blogging service that does not censor hate speech.

Ann Coulter going with the anti-Semitic definition of “globalist,” and the 4Chan types believe it pic.twitter.com/0rLpLGsLJn

The hardcore anti-Semites at The Daily Stormer are pretty excited about Ann Coulter today. pic.twitter.com/W9U52eTzfW