Palestinian Terrorist Accidentally Blows Himself Up 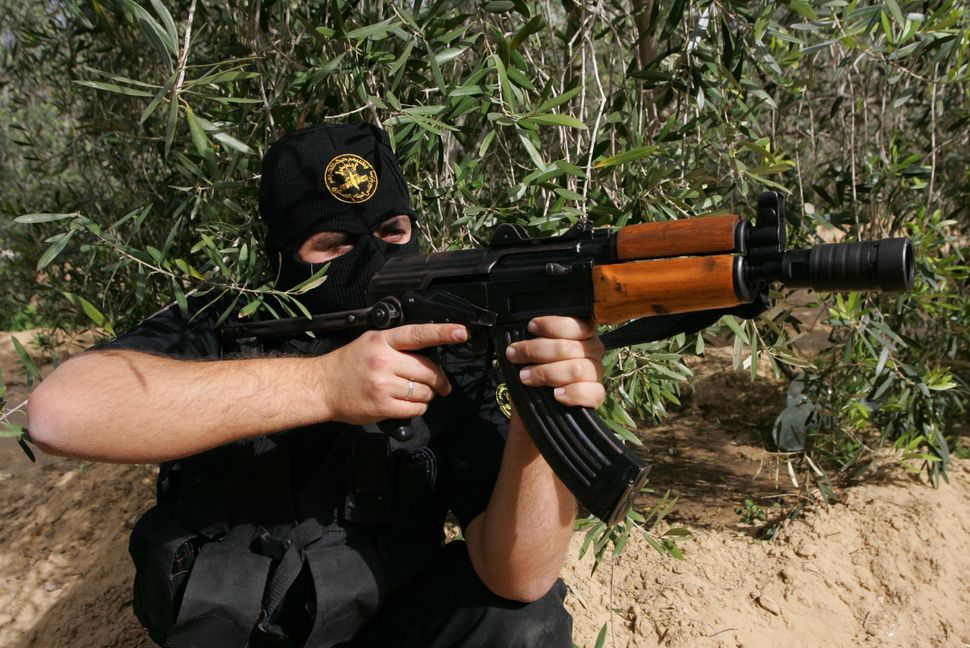 A Palestinian terrorist died in an “accidental explosion” in Gaza, a spokesman for the Hamas-run Ministry of Health said Saturday.

Ibrahim Frahat, a member of the Saraya al-Quds militia of the terror group Palestinian Islamic Jihad, died while “preparing for battle,” the militia said in a statement.

Israeli Maj. Gen. Yoav Mordecai, who commands the military unit responsible for coordination with the Palestinians, wrote on Facbook that Frahat had been “manufacturing weapons and ammunitions for Islamic Jihad in a house in the Sheikh Zayed neighborhood in Beit Lahiya.”

“It is no surprise that a person who plays with fire ultimately harms himself,” Mordechai added.

A number of Palestinian militants have died under mysterious circumstances in recent months. A 22-year-old member of the terror group Hamas was killed in what the group called an “accidental explosion” in January, the same month that one of the organization’s founders died after allegedly accidentally shooting himself in the head.

The Israeli Defense Forces has claimed that it has developed groundbreaking technology to detect and destroy tunnels that Palestinian terrorists use to smuggle weapons and personnel between Gaza, Israel and Egypt. At least 22 Hamas members died in tunnels last year, including two who were killed when Israel exploded a tunnel in November.

Palestinian Terrorist Accidentally Blows Himself Up