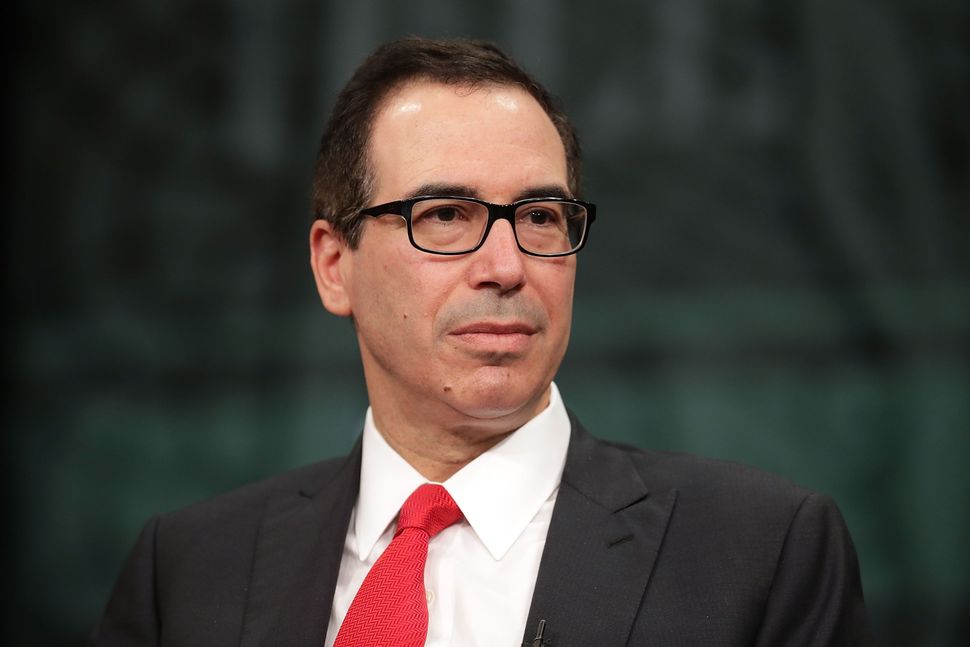 Steve Mnuchin defended Donald Trump’s practice of insulting his opponents — and even people working for him — and giving them derogatory nicknames, Politico reported.

In an appearance on “Meet The Press” on NBC Mnuchin attributed Trump’s name-calling habit to the intensity of campaign rallies. The Treasury secretary’s interview came after Trump called Rep. Maxine Waters “a low IQ individual” at a rally in Pennsylvania.

“I’ve been with the president and at campaigns. You know, he likes to put names on people,” Mnuchin said. “He did that through the entire presidential election, including all of the Republicans that he beat. … These are campaign rally issues.”

Mnuchin was interviewed Sunday by Chuck Todd. At the same rally that Trump insulted Waters, Trump called Todd “a sleeping son of a bitch.”