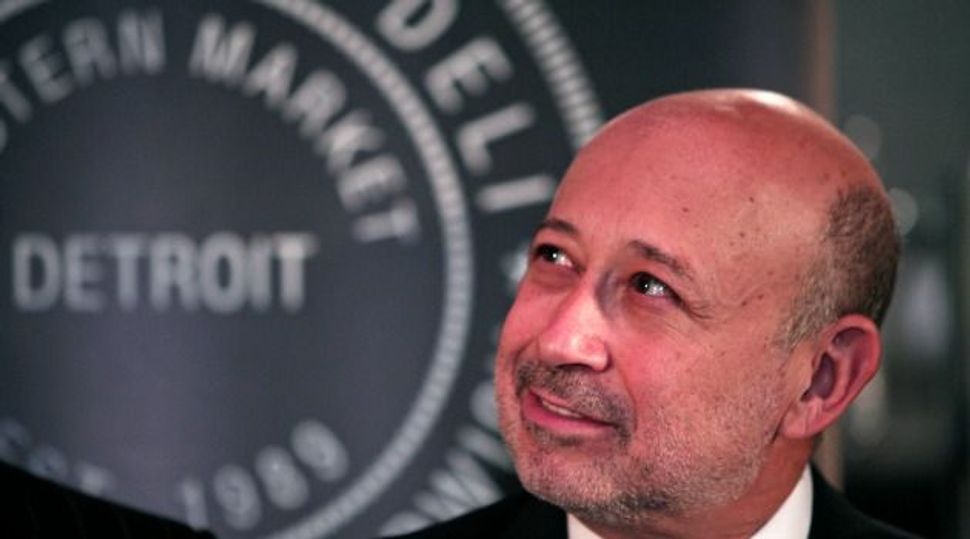 Moving On Up: Goldman Sachs CEO Lloyd Blankfein grew up in public housing in the East New York section of Brooklyn. Image by Getty Images

The announcement that one of Goldman Sachs’s two COOs would resign brought some clarity to the question of the bank’s future leadership, after the Wall Street Journal reported that the bank’s current CEO, Lloyd Blankfein, would leave by the end of the year.

Goldman announced Monday that one of the firm’s two co-COO’s, Harvey Schwartz, will retire, leaving David Solomon as the only COO and president at Goldman for the time being. The Wall Street Journal reported that the announcement signaled that Solomon would lead the bank after Blankfein’s departure.

“I look forward to continuing to work closely with David in building our franchise around the world, serving our expanding client base and delivering strong returns for our shareholders,” Blankfein said in a statement.

Goldman, memorably described as a “great vampire squid” in a 2010 Rolling Stone essay, is among the most dominant financial institutions in the world. Former leaders of the bank have gone on to hold high-level positions in government, including former Senator and New Jersey governor Jon Corzine and former Treasury secretary Hank Paulson, among many others.