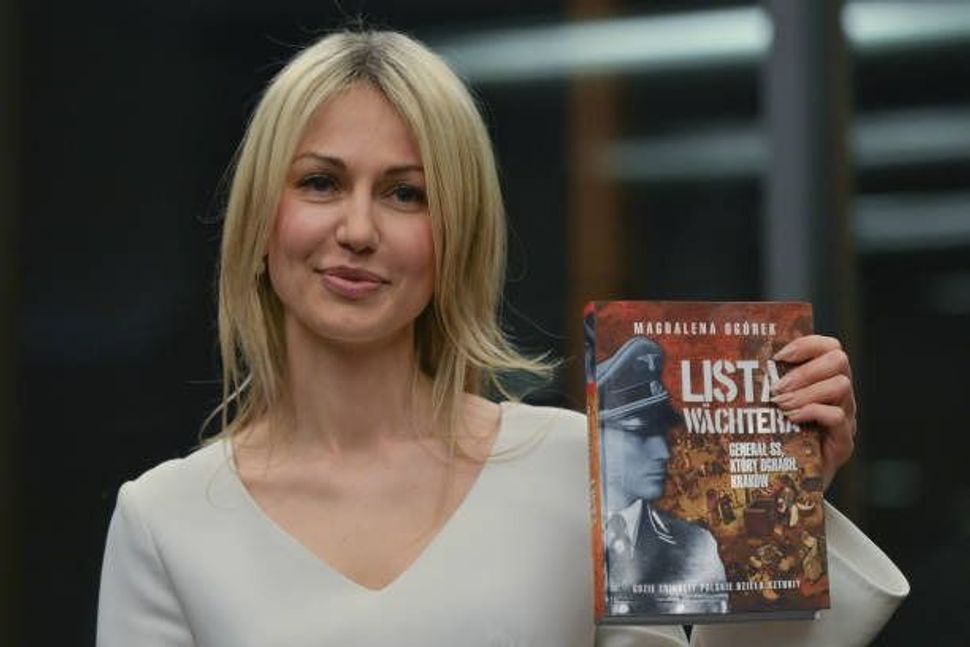 WARSAW, Poland (JTA) – A former Polish presidential candidate who now works as a television news host has called on the Polin Museum of the History of Polish Jews to apologize for putting one of her tweets on display as an example of modern anti-Semitism.

Magdalena Ogórek in a tweet on Monday called the display of her prior tweet “another expression of oppressive political propaganda.” She said that if the Polin Museum does not apologize for placing her tweet on display that she will go to court and ask for compensation, which she later said she would donate to The Museum of Cursed Soldiers, which highlights a variety of Polish anti-Soviet and anti-communist resistance movements formed in the later stages of World War II.

The new temporary exhibition “Estranged: March ’68 and Its Aftermath” uses Ogórek’s tweet from July 2017 as an example of modern anti-Semitism. In the tweet, she asks if Polish Senator Marek Borowski changed his surname “from Berman to Borowski,” referring to his Jewish roots.

“No one has the right to gag the questions of a historian and a journalist. To see my tweet as an example of ‘modern anti-Semitism’ is another example of political oppression,” said Ogórek.

“Part of our exhibition ‘Estranged: March ’68 and Its Aftermath’ includes examples of modern hate speech similar to the language used 50 years ago. All texts are real, and come from various websites and social media. We don’t publish the names of their authors,” Żaneta Czyżniewska, Polin Museum spokesperson, told JTA.

The exhibition deals with the organized anti-Semitic campaign by Polish authorities that resulted in the exodus of several thousand Jews from Poland. Polish President Andrzej Duda apologized this year on March 8 for the actions of Polish authorities 50 years ago.