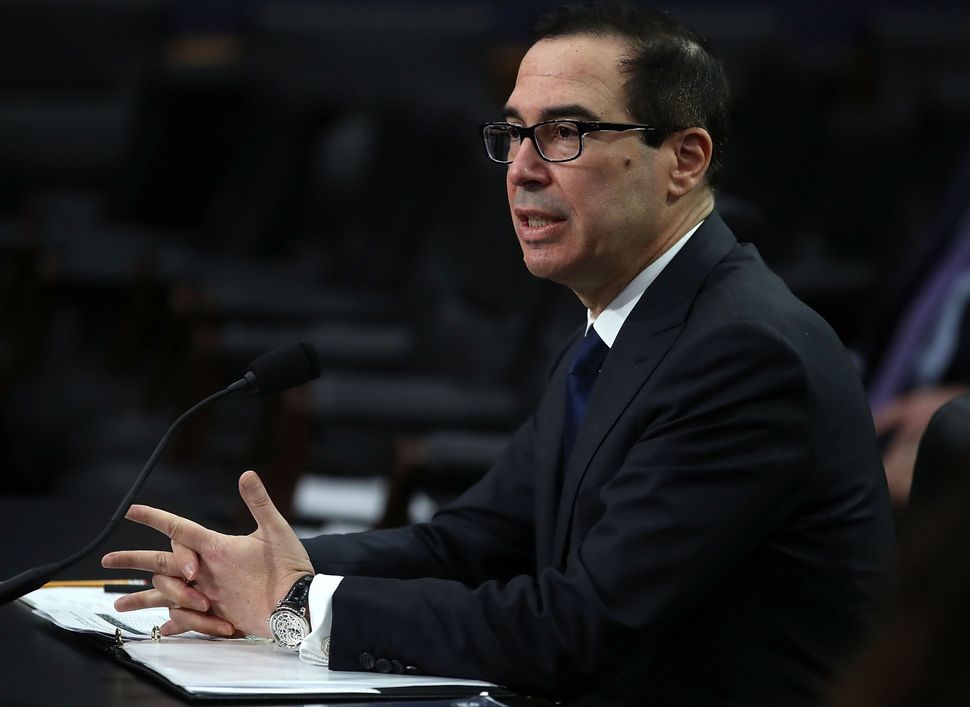 A video of a crowd heckling Treasury Secretary Steven Mnuchin at the University of California, Los Angeles last month has been released after being withheld at Mnuchin’s request.

Mnuchin was subjected to near-constant hissing from the start of the speech, but tried to make light of the situation. “I normally go speak to people who want to listen to me speak,” Mnuchin joked. “You guys get to hiss at me. I don’t get to hiss at you.”

Shortly after that, a man yelled, “I think you’re full of (expletive).” Mnuchin replied to the man that perhaps he should leave.

Around seven minutes into the speech, three women in the audience began shouting Mnuchin down, saying “drive out the fascist Trump-Pence regime,” and “shame on you.” They were forcibly removed.

Some applause could be heard amid the hissing.

The decision by UCLA to withhold the video was condemned by students, free speech groups and members of the news media, some of whom, like the Associated Press, filed a public-records request to release the video.

UCLA said they released the video because Mnuchin decided to give his consent.

David Snyder, executive director of the First Amendment Coalition, one of the groups that called for the release of the video, released a statement condemning the decision.

“This event took place at a public institution and the video was collected by a state body,” Snyder said. “It’s troubling that the university initially caved to the request of a third party to withhold public records, and even more troubling that when they did eventually release the footage, they claimed to do so because they ‘received consent’ from the Treasury Department.”