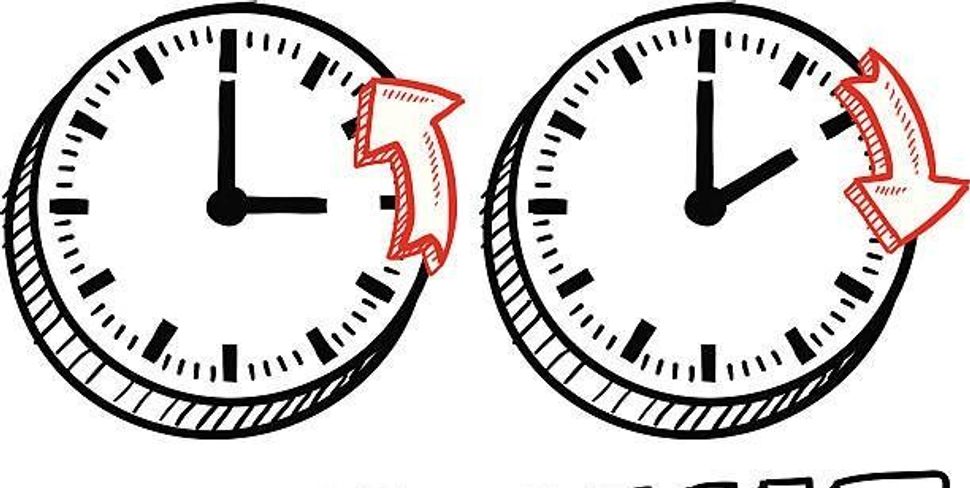 (JTA) — Florida’s Orthodox Jewish community is working to convince the governor not to sign a bill that would keep the state in daylight saving time all year.

The bill is awaiting Scott’s signature; the Florida House of Representatives and Senate voted overwhelmingly this month to adopt the measure. It will still need U.S. congressional approval.

One of the major reasons for the enthusiasm is the benefit to tourism, a major industry in Florida, by providing an extra hour of daylight for activities.

But having sunrise and sunset arrive an hour later is a problem for Orthodox residents and visitors, Vos Iz Nei reported. For example, certain morning prayers cannot take place until after sunrise, such as putting on tefillin and the silent Amidah, or Shemona Esrei. Under daylight saving time in the winter, that would make the earliest time for the prayer at 8:05 a.m., likely too late for people who have to go to work or drive a school carpool.

In addition, ending Shabbat an hour later would hurt Jewish business owners who open up on Saturday night.