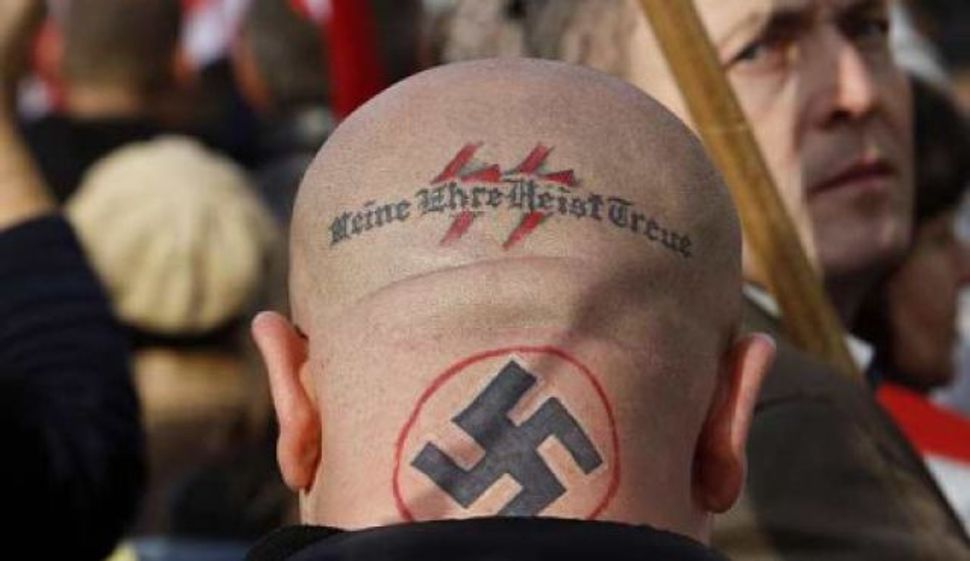 (JTA) — A Swiss neo-Nazi who assaulted an Orthodox Jewish man in Zurich was sentenced to two years in prison.

The incident on a main street in the Swiss city’s Wiedikon district, the Jewish quarter of Zurich, took place on July 4, 2015.

The assailant made the Hitler Nazi salute and shouted anti-Semitic slogans on a Shabbat afternoon. He pushed around the victim and spit on him before police arrived and intervened. The victim, who is in his 40s, was on his way home from a local synagogue when the attack happened.

He previously served 12 months in prison of a 30-month sentence in 2013 for a different assault.