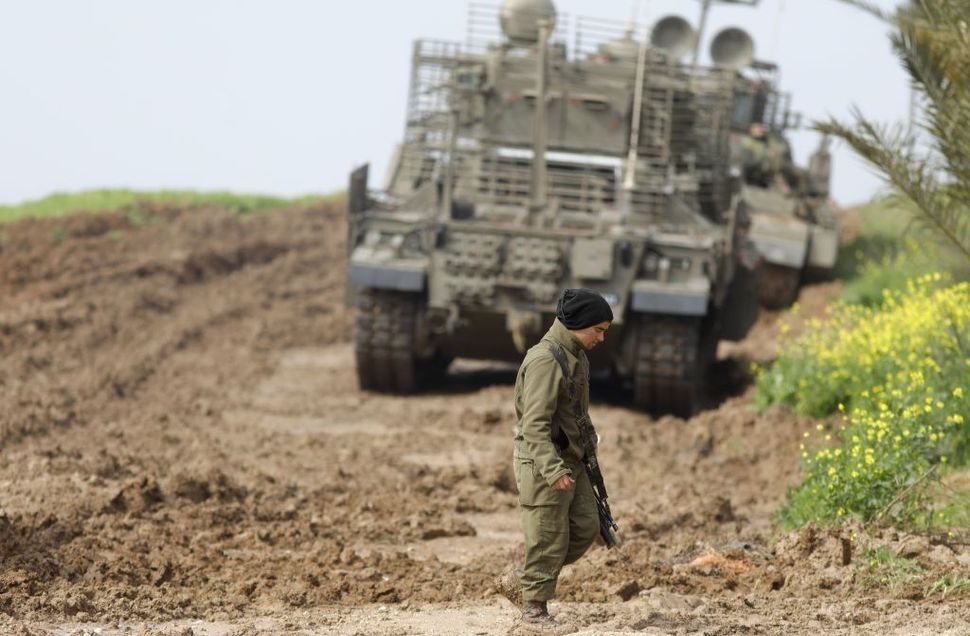 An Israeli soldier patrols in the area of the southern Israeli kibbutz of Nir Am, near the border with Gaza. Image by Getty Images

JERUSALEM (JTA)) — Two roadside bombs were detonated on the northern Gaza border, which the Israeli military said were directed at a border patrol in the area.

The Israel Defense Forces are also examining whether a shoulder-launched anti-tank missile, or RPG, was fired at the troops during the Thursday morning incident. No Israeli soldiers were hurt in the attack.

“Hamas is responsible for everything that happens in the Gaza Strip above and below the ground,” IDF spokesperson, Brig. Gen. Ronen Manlis, said in a statement. “We will work hard to stop those who will try to turn the fence into a place where terrorism is taking place.”

Less than a month ago, two Israeli soldiers were seriously injured, and two moderatetly injured, when an explosive device planted near the border fence with Gaza detonated. The soldiers had approached the fence to remove a Palestinian flag that was hung on it by demonstrators who had placed the flag there to attract the soldiers in order to initiate the blast.