Record Number Of Americans Sympathize More With Israelis Than Palestinians 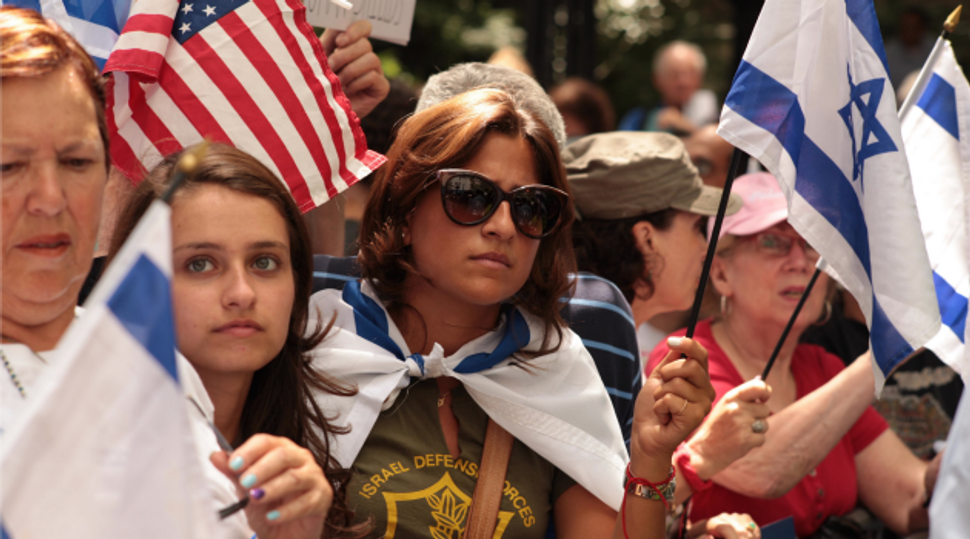 A record number of Americans sympathize more with Israelis than with Palestinians, a recent Gallup poll has found.

Sixty-four percent of respondents said that they had more sympathy with Israelis, tying the previous highs recorded in 1991 and 2013 — though the American population has grown since that time. A survey last year found the number at 62%.

Only 19% expressed more sympathy with the Palestinians, the same number as last year, while 16% answered both, neither or unsure.

Israel’s overall favorability rating is at 74%, a 17-year high, while only 21% have a favorable opinion of the Palestinian Authority. A partisan split existed there too: 64% of Democrats view Israel favorably, compared to 83% of Republicans.

The survey was conducted with a random sample of 1,044 adults between February 1-10, and has a margin of error of 4%.

Record Number Of Americans Sympathize More With Israelis Than Palestinians