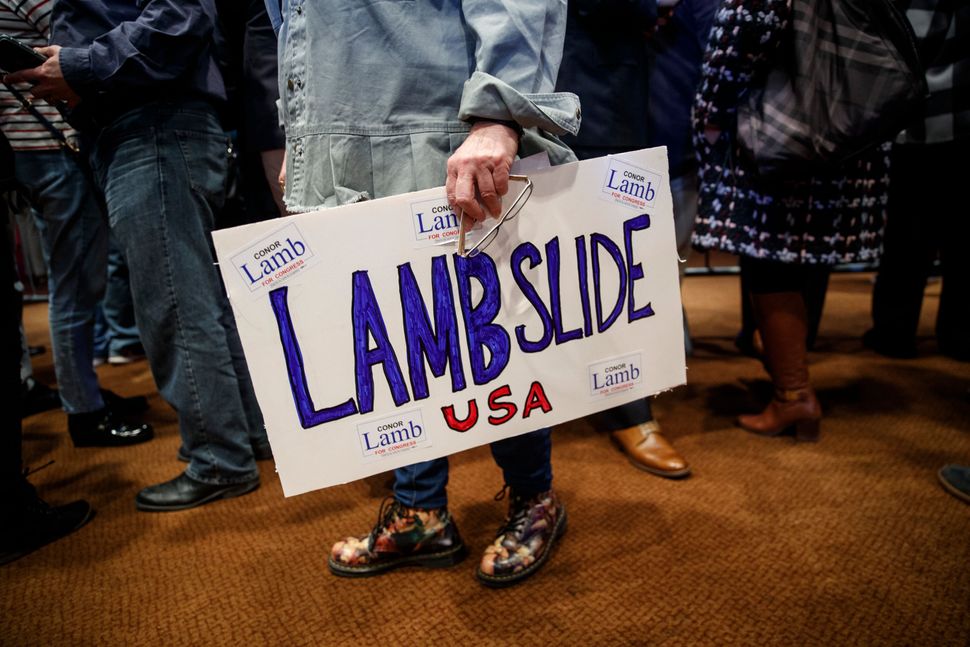 WASHINGTON (JTA) — Liberal Jewish groups hailed the upset victory of a Democratic congressional candidate in a special election in a Pennsylvania district that President Donald Trump won by 20 points in 2016.

Conor Lamb, a former U.S. Marine and prosecutor who rejected the Democratic establishment in his campaign — but ran on a traditional Democratic platform of opposing tax cuts and preserving social safety nets — eked out a win Tuesday in Pittsburgh’s exurbs.

With a margin so thin, Jewish groups that had campaigned for Lamb were quick to say their contributions helped make the difference.

The Pittsburgh branch of Bend the Arc, a Jewish social action group, set up a phone bank and knocked on doors to get out the vote for Lamb, a spokesman said. The Jewish Democratic Council of America ran an ad in the Pittsburgh Jewish Chronicle and an op-ed by one of its board members.